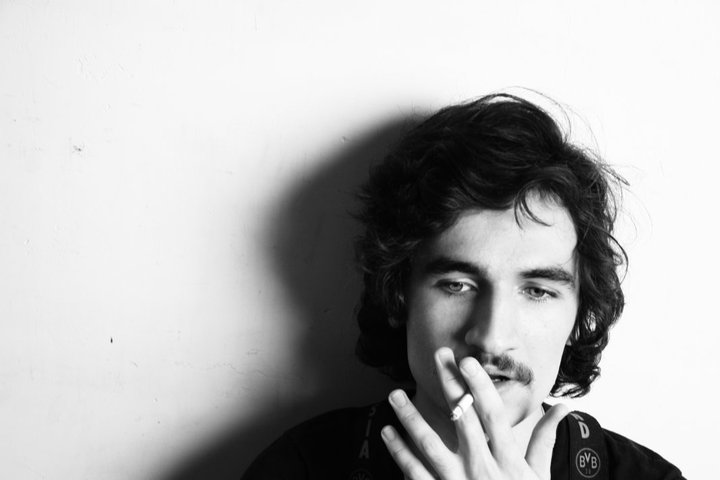 The man with the moustache and the suspenders is Borussia. A French, Paris based producer who gain my attention some months ago. I’m glad that I’ve discovered him on soundcloud cause his productions have this special deepness like “Bucarest In Peace” or his powerfull and raving “Pressure” remix which released a few days ago. You should check his remixes on JunoDownload and for a free track go here

Enjoy the following interview and be sure to follow him on Soundcloud/Facebook/Twitter (links at the bottom) to get the latest tracks, info’s and other stuff…

LM: Thanks for taking your time and answer the following questions, so please give our readers a little introduce.

Hi peeps, I’m Borussia, I wear suspenders, my english accent is perfect, and you should listen to my songs.

LM: So what does a typical day look like for Borussia?

He thanks the girl, tries to go back home, eat his famous promodel pasta bake cold leftovers, smoke a cigaret, write down some poetry, then make game changing beats for the rest of the day.

LM: Can you point out any differences that distinguish you and your sound from other DJs and producers?

LM: You mentioned that you’re not into making mixtapes, is this because you’re influenced by the dynamics of a live crowd setting or would you rather be working on originals/remixes?

It’s mostly because for technical reasons, I’m just really bad at making mixtapes, so I can keep my unreleased secret weapons to show off in da club. And yes, I’m already wasting enough time trying to make decent songs.

LM: A lot of artists these days are overhyped on many blogs and social networks, on the other hand you’ve been kind of non existant on the whole blogosphere scene, so do you try to distance yourself from that and let the music speak for yourself?

Nope, but now I think I should fire my manager. I’m not particularly distant with social networks, I post lolcat videos and memes as often as I can, but of course, I’d like my songs to fix more about me than my tweets.

LM: I’m a big fan of the work you did on Keith & Supabeatz Pressure Remix EP as well as originals like “Bucarest in Peace”, so let me ask you what can we expect from Borussia in the near future?

You can expect some sophisticated bad taste.

Written By
Lorenz
More from Lorenz
Plump DJs deliviers us their 6th release on their own imprint Grand...
Read More