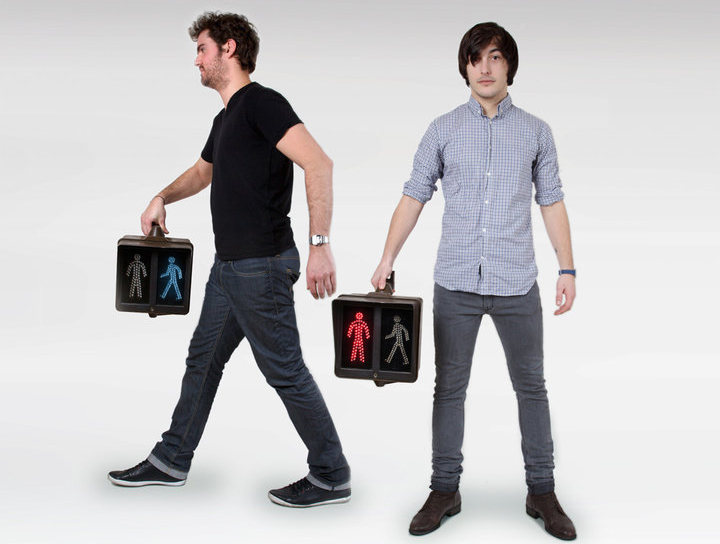 It’s been a while since Les Petits Pilous released their last stuff. I guess it was back in October 2011. Anyway, finally they are back with a new three track EP on the rising Bad Life Label. Together with Canadian Rynecologist they delivered a cracking big track called “Calculator” which will melt your ears down with the disturbing sound of a raped C64! And “Earl Grey” have a enormous good main synth. If the first tracks are on top so “Analphabet” is the little brother which can’t hold the level. Anyway, big EP and I’m happy to hear new stuff by the French duo. Enjoy!

With the collapse of the Euro in the balance and Sarkozy reduced to being Merkel’s political lapdog, these are testing times for Europe’s leading powers. However, few Franco-German marriages have been as long and loving as the one enjoyed by Les Petits Pilous and Boys Noize Records.

Bad Life however is a dirty little slut eager to play away with any prime Parisian beouf that provocatively saunters in our direction; like a techno-loving cougar waiting at the bar in a red leather miniskirt and fishnets.

Fortunately for us, Anthony Ferrando and Jean-Patrick Simonetti like a bit on the side.

After a gin fuelled night of passion, Bad Life awoke in the morning to find herself alone. Left on the bedside table was all that remained of that stolen night; a CD containing three tracks. Calculator (with LPP’s BNR cohort Rynecologist), Earl Grey and Analphabet are three stunning examples of a duo still making some of the best banging electro out there.

With more music coming soon on BNR, and the quality of their output continually going from strength to strength, 2012 is going to be another extremely busy year for these chaps.

You can purchase this massive EP here on BEATPORT. Support them!

Written By
Lorenz
More from Lorenz
Let me present to you Marriage Proposal, the latest member of the...
Read More