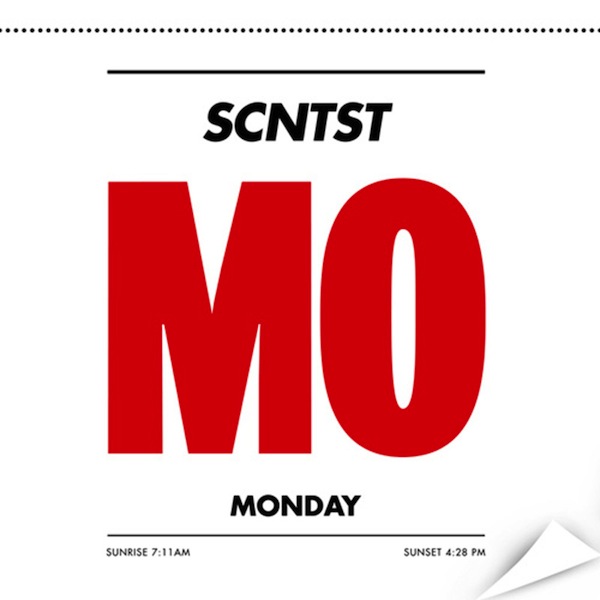 Boys Noize Records just announced the first EP by the newest and youngest member Scntst! It’s the “Monday” EP and comes 7th November! They are some really fresh and innovative tunes like “Beachboy”… “909 Time” was played as a world premiere by the one and only Tiga at his latest BBC 6 Mix! Awesome!

Now read what the guys from BNR drop:

“Boysnoize Rec proudly presents you our new signing, 17 year old SCNTST from Munich, Germany, someone you definitely should keep an eye on! Bryan Müller started producing due to a critically acclaimed German movie about techno and within a year he developed his sound, which he likes to call “Advanced Techno”.

“Monday” is a tooly tech monster, its toms and clever percussive sounds make it a non-obvious rocker, easy to play at any time, very effective.
“Beachboy” consolidates the suspicion, that his sounding is more than just new techno or house, it’s futuristic, new funky German juke. The seduction of the ruminant pitched woman’s voice repeating ‘nasty’ is giving goosebumbs. You end up in a black box, puzzled but releaved by the dissolving hard drum programming in the main part.

Of all the potential lying in SCNTST’s style miscellany, there’s nothing that quite tops “Globus” for technoic articulation. It has a sharply defined, techy groove — simple, almost subliminal bassline fill and bright sample cuttings. Once it’s speed up the drop out claims most of the mix’s attention, leaving ravers time to breath and feel the tension

The last track of the EP “909 Time” is inspired by his heroes Lone and Legowelt. The Roland TR 909 as the main drum machine and a different approach to the powerful melody, SCNTST’s version is the playful dream version of its inspirational source.

As a digital bonus you get “Stracia”, modern techno with an army of flutes sounding off the grid

SCNTST’s debut EP hopefully is just the beginning and a good reason to like ‘Mondays’.”

Watch out for Scntst! Enjoy!