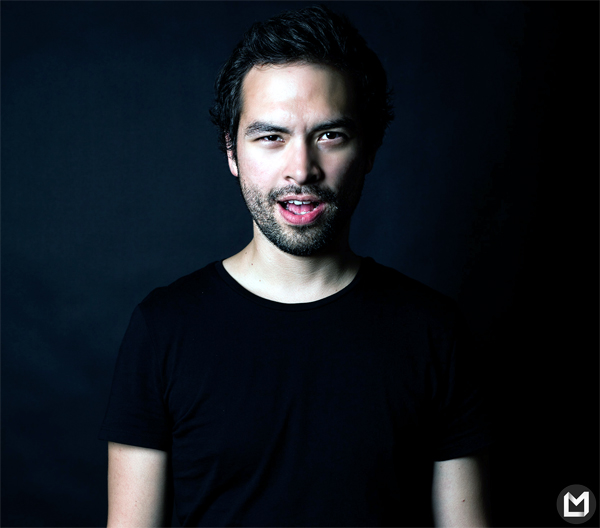 It’s time for exclusive mixtape number 16 and it comes from Mendoza. The Hamburg based is well known for his releases on No Brainer Records or Midnight Munchies just to name a few. But I won’t talk too much, just enjoy the mix and read the interview!

LM: Welcome and thanks for find the time to answer these questions. Let’s start with a little introduce to the readers. Who is Mendoza, where do you come from, what’s your size and stuff…

I’m a 24 year old music lover, instrumentalist and producer from the lovely city of Hamburg in the north of germany. I’ve been making electronic music since more or less 3 years now.. but i didn’t find MY sound before summer 2011 i guess.

LM: You’ve played in several punk bands and you’ve always listen to all kind off music genres, so why you’ve settled down in making electronic music?

I’ve been making organic music since i was twelve or so, locking myself up with some friends in our rooms to annoy the shit out of our parents making all kinds of rock music. I absolutely loved the feeling to create music with other musicians. It was all about punk, rock but also funk or other more rhythmic stuff. So when I moved to Hamburg, I realized I had to find a way to keep on writing music on my own. That was the point when I involved my laptop into my work.

LM: Please tell us something about your actual “All I Do/Botox” EP which is out on Midnight Munchies especially if you compare it with your last productions like the more aggressive “Eraze”.

I had this track called Botox on my computer for a while back then. i really liked, friends of mine played it, even Maelstrom dropped it he told me. So I sent it to Thomas (Midnight Munchies label boss) ’cause I thought it might fit on his label. He liked it and asked if I had another track. When I got his mail I had just put down the main idea for All I Do, which he instantly liked, too. I finished All I Do the next day I think and we got this amazing remixes by the awesome Le Petit Belge & Le Cheval and Supabeatz, which turned the EP to a real all-rounder in my opinion. I’m really happy about the result and the amazing feedback of course!

I made “Eraze” in spring 2011 I think, that’s why it’s so different from the stuff I do now. I signed it to a nice label, but it took so unbelivably long to release (more than a year) that I changed my sound in the meantime. Because of that I thought about not releasing it at all, but so many people wanted it… so I decided to give it away for free, because release date was still months to go and I wanted this thing off my chest! Hahahah
There won’t be stuff like this in the future, I found myself in rhythm, bass, chords and melodies now i guess.

LM: So we know the present but what’s your plans for the future? Tell us some secrets.

LM: Some guys who read this might think about to see you live, so where can we see you in the next weeks/month in a club or any bigger events?

I’m playing Melt! Festival next sunday which I’m really excited about! It’s my favourite festival, so it’s really special to be a part of it! On August 24th I’ll be playing in Switzerland, in Winterthur, together with Zero Cash. I might have another festival coming up, but I’m still waiting for the confirmation. If you come to Hamburg you can see me DJing on one of my resident evenings in Baalsaal for sure.

LM: And at least – thanks for the mix and the answers – some short, default but necessary questions. Your actual favourite artist/newcomer out there?

LM: 5 tracks you really have to play?

Apart from the stuff in the mixtape:

LM: Some all time favourites we have to listen to?

Kink is the man, this is pure perfection: Kink – E79

Thanks for the interview it was a pleasure!!