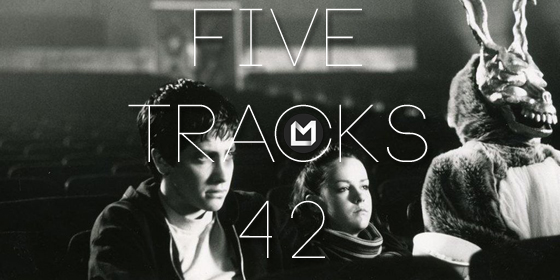 New free tracks for y’all. Let’s start with the massively talented Mumbai Science track. it’s an edit of Andrea Doria’s “Bucci Bag” and a stunning combination of bass and techno!

Second track is the Cubic Zirkonia – Darko 3AM remix by Swedish Tony Senghore who really knows to deliver crazy sounds and is well know for his distinctive productions.

Ryan Riot is a swiss Producer/Remixer/DJ and this track is awesome. I really love this synthy-pop influenced track. Check his social stuff for more or expect some new stuff soon here again.

Tom EQ describes his style with the following, Jackin Glitchy House with a sprinkle of Techno. And yeah that’s it.

Last but not least one of my favourite producers at the moment. It’s Costello who’s totally on fire right now. If you don’t think so, just check his “Blend EP” and wait for his upcoming release on No Brainer Records.

Written By
Lorenz
More from Lorenz
BS1 and John Roman in collaboration?! Hell yeah this is a first...
Read More