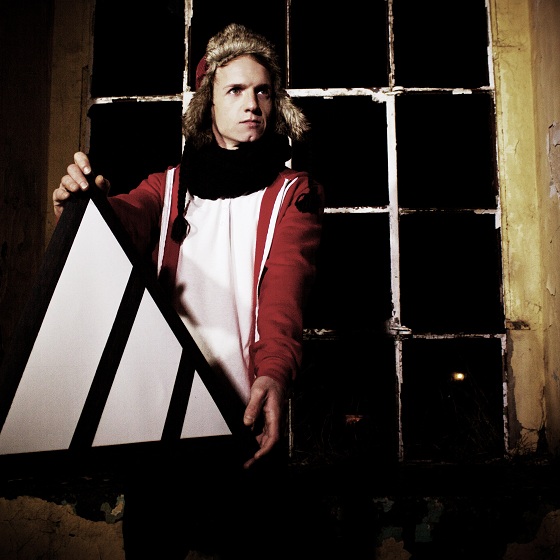 I’m proud to present you another talented german kid who will gain your attention really quick. You know I love to push those guys if the music is good and yes it is! Now some facts about him…

Born in the 80’s, grown in the 90’s, Klangfarbe Antifeind is a guy from Cologne who loves heavy drum sound and subtraktive synthese. In the age of twelve he came in touch with self-made music on his first YAMAHA Keyboard. After that he started “remixing”, or better he tried producing remixes with a cheap DJ Software and Cool Edit. Wether as a fan on concerts, clubs, events, or even as a DJ he began to produce music in 2002 with his first own PC. The interest in digital music production grew quickly, so he decided to visit the German Pop Academy and make a sound technician training. In this period he worked on several German Hip Hop Productions. Later, as a DJ and producer for Electronic dance music, mostly electro house, he had been playing on stages from Hamburg to Munich as one half of YESYESYO!

Inspired by the many emotions of the party crowd, and also as a regular club visiter, it was time for a new project called “Klangfarbe Antifeind”. This is the slightly deeper part of his of his background, mostly inspired by the 90’s techno scene of the Ruhr area, Berlin and Frankfurt. With his first Release “50825 EP” he made a soundtrack for Cologne’s Top In District, named “Ehrenfeld”. With these two productions (“Ehrenfeld/Helios”) he wants to honor his inspiration and his environment.

And? What do you think about? I love the “50825 EP” and if someone’s reading this who could release it – get in touch with him! For all the others check his free tracks..

Written By
Lorenz
More from Lorenz
Oh my goodness! This track, I have explored it
Read More