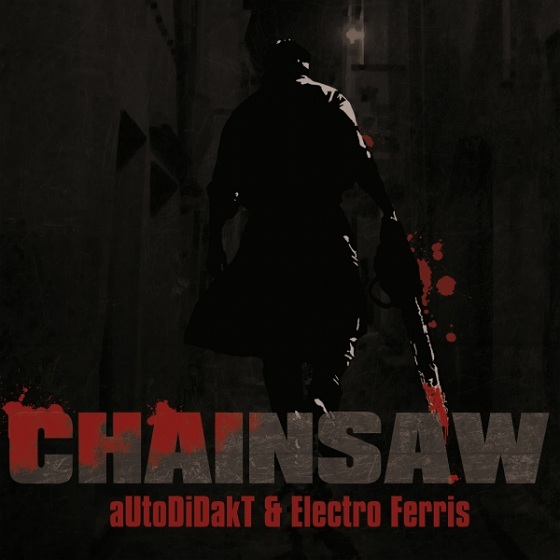 First single of aUtOdiDakT’s album “Genres Are Dead” after its release and it’s hard. In contrary to large parts of the album this is a fierce club corker and Electro Ferris (of Deichkind-fame) really made it a hit with his vocal contribution!!! If you’re more into deep, playful and minimal club tunes please skip this one (and wait for one of the next Traktor Records promos) since all of the remixes here are…errr…hard too! But if you’re into full-on bangers with attitude, stay right here…this could be your heaven!

? Chainsaw (Original)
Chainsaw (Original) Some of the remixer’s names might be familiar to you from aUtOdiDakT’s sub-label Mähtrasher which is causing quite a fuzz at the moment. Since the original is already a maximal electro, screamo banger, we decided to give some of the incredibly talented guys a try on remix duties who already proven what noise they are capable of on Mähtrasher Records plus some new “soon to be big players” in the same vein.

? Chainsaw (UDEK’s I scream, you scream, everybody SCREAMO Remix)
Chainsaw (UDEK’s I scream Now buckle up for UDEK which is Edu K’s new alias for Screamo-Electro! Everyone knows that this guy is on the cutting edge of dance music since day one and now he made his way all back to his metal roots, not giving a shit about what the nerds and the Techno-elite may say…but he still exactly feels what’s on right now and is perfectly synced with the next generation of clubkids in contrary to a lot of other artists who already made a big name for themselves too but lost touch to the now sound. He delivers a remix that sounds like Pantera would do Electro now! And we love this guy more than words can describe!!!

Buy your favourites on Beatport! Support! And check aUtOdiDakT’s album “Genres Are Dead” here on my page!

Written By
Lorenz
More from Lorenz
Hey guys! I’m so sorry for the little holiday-delay but some days...
Read More