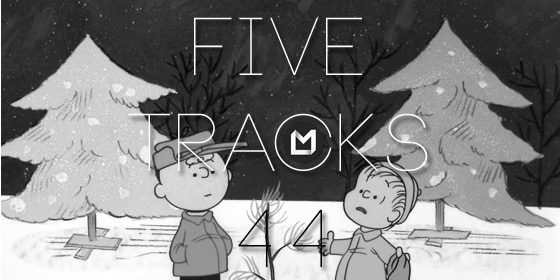 What about fifteen free tracks getting in one post? Yeah here we go. It’s simple, because there was any Five Tracks post within the last 3 weeks, I’ve decide to give you all the tracks in one post. So let’s start with Norwegian Aniki, who stick together with K Theory and made this super bassy electro fidget monster – I don’t care about genres – it’s cool – that’s the point.

Aniki & K Theory – Thou Shall Not Touch

Ryan Riot, if you following this series you might heared some other tracks. Great stuff and so he made this really catchy remix of a Blur classic “Girls & Boys” (and I really love Blur).

Remixing the one and only Boys Noize isn’t that easy, but french bro’s Needs (yeah they made a fresh exlcusive mix) turned this into an awesome version.

Jacques Lu Cont‘s essential mix was a bomb and I’ve listen the first time to his Coldplay remix. You can say what you want, the track push your mood to a happy level and that’s cool.

You should follow Jay Robinson on his Soundcloud or Facebook cause from time to time you will get some bombs like this – for free. Sure beside his official remixes and EP’s.

S-File and Turbo Turbo straight from the Womb Club in Tokyo back to Germany and I found this edit of Falcon’s remix for Justive “New Lands”. Simple but effective.

I’ve discovered NTEIBINT some days or hours ago and this is a free track from his soundcloud. There will be a EP soon out on Kitsune. With some great remixes. If I have a preview, you will get it!

Successful with his label No Brainer Records, with his collaborations like the collab with Breakfastklub (their track is #6 at the german dance charts) or as a producer. Malente is awesome.

For me Duke Dumont is one of the best producers in 2012. Soon you will know why cause the second part of his “For Club Play Only” series will drop and it’s big. It’s different to the first part but his simply the new jackin techno god.

You might have read the introducing post about Klangfarbe Antifeind, a really talented guy from Germany and I’m glad that he give this little edit for free. Big stuff. That’s what I want to hear.

Here’s a classic. It#s more than 7 minutes long and has more energy than all the Beatport top 10 together. Legendary Thomas Bangalter, yes 1/2 of Daft Punk made the original in 1998. That’s the remix by Paul Anthony and ZXX and there’s an edit of this track which was played by Brodinski and Gesaffelstein in LA (here). If anyone got this Twin Turbo edit – please sent it!

It’s the reelase number 100 for Crosstown Rebels and the guys decide to give this radio edit of Tiga’s “Picture” for free. Thanks for this. It’s Tiga, it’S awesome.

Last track for today, guys I hope you’ve enjoysed it til now, is the LA Riots remix of “Waiting Alone” by Shiny Toys Guns. Hmm, well, It wasn’t a easy decision to present you guys this track, cause I don’t like the cheesy vocals and the trance parts. But what’s the good side of this track, the crazy drop at 1:40 is more than useable in some sets. Okay the vocals are really creepy… Sorry.

Written By
Lorenz
More from Lorenz
After my post about the Luke Walker EP “Tough Love” and the...
Read More