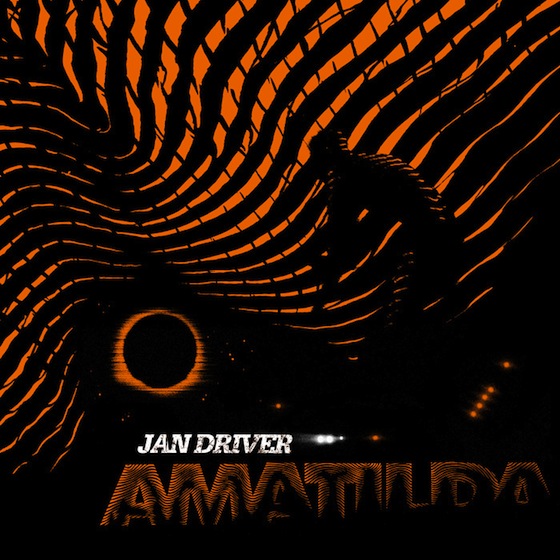 I know I’m little late with this but due to the work for the blog update it was impossible. Jan’s first LP released at the 5th September! To discribe it, I only need to say one word: brilliant!

For me he is the new drum-maestro! He really knkows how to insert some really cool live drums and build it to a really unique sound! “2013”, “Empathy”, “Raveyard” just to name a few of my favourites!

Jan Driver has been releasing music since 1993, ehh what ? 1993 ? Yes right, today probably some of his biggest fans are born in that year hehe.
Born and raised in Berlin, started to produce music with 16 years on analogue gear and ever since he’s done more than 100 remixes, incl. Armand Van Helden, Laurent Garnier, Boys Noize, Faithless, Blaze, Romanthony, Afrika Bambaata and countless tracks & records.
Check his discography, it speaks for itself.

With his own hits & remixes he has toured the world from ’95–2003 till he decided he needed a break, saying goodbye to the pressure of making hits. He founded his own label Grand Petrol in 2004 where he started to release more deeper and playful tech-house but also released music of his long time friend Siriusmo.

Between 2006 – 2009 studioworks took most his time, so he didn’t do many Dj-gigs but found himself being the mastering engineer, mixer & co-producer for Riverstarr’s album, Modeselektor, Siriusmo and many more productions.

I’ve met up with Jan in 2008 where he played me some new amazing demos but he was still stuck in his production/mixer and part time work, so that he barely had time to make music for himself, although he produced big tracks like “Kardamoon” (Grand Petrol), “Red Alert” (Made to Play) and Tellyfoam (Boysnoize Rec.).

In 2010 he released his much anticipated “Gain Reaction” EP (Boysnoize Rec.) which got him big support from House and Techno Djs like Erol Alkan, Miss Kitten, Ed Bangers, Modeselektor, Tiga, A-Trak, Jesse Rose or Annie Mac and many more.

His friends convinced Jan to focus on his own music again. He started to produce music everyday and suddenly there was an album, his very first – playful as never before.
An album that is so colorful, an album that reflects his experience of almost 20 years electronic music, quality production and forward-thinking tracks you can’t put in any category.

So if you want to buy this amazing album? Go to BEATPORT or iTunes!

Written By
Lorenz
More from Lorenz
Another week another monday with another mixtape post. I’m busy – still...
Read More