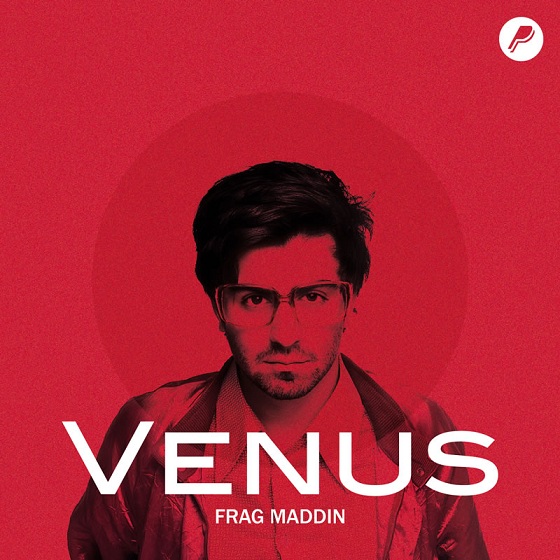 After Pablo Decoder’s EP “Sometimes Lonely” and “Green City Lights” by The Sneekers Pink Pong Records comes out with the third release: Frag Maddin’s Venus EP.
Frag Maddin, with real name Berus Temizbas, is not an unwritten sheet of paper in the electro scene. Since 2008 he has been working successfully as a producer and released his debutalbum “Released the Beast” on Druckplatten Records Berlin in the beginning of 2010. His music is a special Mix from electronic beats and a pinch of house, which ensures an unique style and fills every clubs’s dancefloor within a few minutes.
During his work on the first album he is discovered by DimMak phenomenon Phil Speiser aka Dirty Disco Youth and produced with him the single “Idiotekk”, which later was released on “Oh my god ist techno music”.
But Berus Temizbas doesn’t relax on his success and makes with his solo project “Chokr” more remixes for international artists like Modek.
But who is now thinking that Frag Maddin is a music nerd, who hides behind his turntables, is not right. As producer and Drummer by the Berlin live act Schluck den Druck he attended the guys on festivals and clubtours till Shanghai, Sydney and Istanbul as soon as from Basel till Beijing and Berlin.
The new “Venus” EP from the jung hamburg guy contains besides the funky original version also remixes by Markus Lange, who comes around with er more technolike version, and also a houselike remix by Cologne’s Zero Cash. Mould completes it with an extremly groovy interpretation. Solid EP! You can hear it exclusive with a full track preview! Enjoy!

Written By
Lorenz
More from Lorenz
Let me introduce to you a new high quality export from the...
Read More