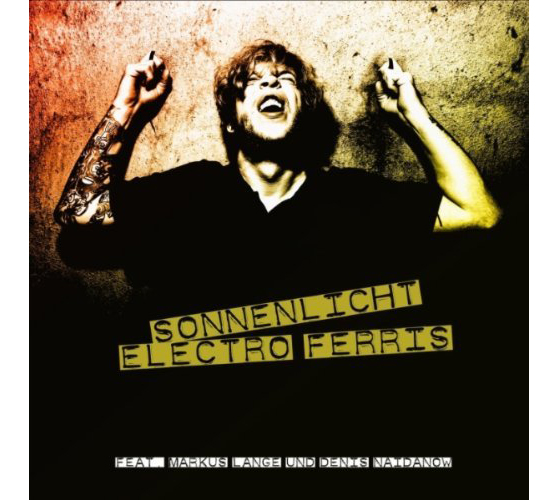 The German Bad Boy Electro Ferris, Member of the incredible Electro Band Deichkind strikes back again after his worldwide club charts topping highlight “Fight Club”, which was co-produced with Tobitob from Moonbootica and “Day Off”, which was co-produced by D.I.M. aka Andi Meid. Now he teamed up with Markus Lange & Denis Naidanow for a perfect drifty and energetic Club Smasher and delivered the massive Vocals for “Sonnenlicht”.

The producers of this great tune are Markus Lange and Denis Naidanow. Markus Lange himself is Label Boss and international very successful DJ, who released many own Stuff and Remixes on labels like Ministry Of Sound, Coco Machete or Freakz Me Out Records.

Denis Naidanow from Berlin worked with Joachim Garraud, Play Paul, Tyree Cooper and many more and got the respect for his work from all high class artists around the world like Pete Tong, David Guetta, Laidback Luke or Steve Angello.

The Original mix of “Sonnenlicht” already got the early support from no one else than DJmag Top 8 DJ in 2009 Markus Schulz!

Rotze deliver us a drifty and pumping Club Banger Remix of “Sonnenlicht”. The Remix from these two crazy Guys from Stuttgart, just charted on Beatport with their debut Electro House EP “Lowlife”, was the special personal wish from Ferris himself.

And we top the Remix list with the Punk Electroclash Master Haezer from Cape Town, part of Tuff Em Up Records by the famous Trashbags Posse, just on tour in Australia & destroying the worldwide electro clubs & charts with his Track “WTFIH”, released on Freakz Me Out Records inclusive a fantastic Cyberpunkers Remix. This Remix is a Smasher, catches your legs and direct them to the Dancefloor!

Written By
Lorenz
More from Lorenz
Fuck this is sick! And I totally missed this in my inbox!...
Read More