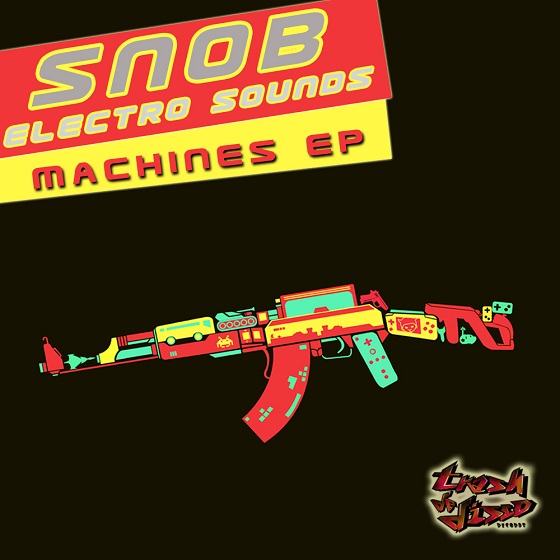 SNOB Electro Sounds was born in 2008 in Belgium, even then it was obvious that combining these two best friends would surely result in a small nuclear blast. Its not your average radio tunes that you will hear in their sets, but a hurricane of BASS and BEATS! They started producing their own music in the beginning of 2009. After a lot of attention on the blogosphere the doors had been widely opened to take Belgium by storm! The two tracks Machines and Circuits off the The Machines EP is a perfect demonstration of what they are capable of doing in the future! They´re absolute corkers that guarantees to set floors on fire! And it’s backed by great and talented remixers. PANDAmic, also a Belgian duo, and already supported by GTRONIC, KRFTKDS or The Boomzers shows their ability by popping out a banging NuTechno track that you want to listen again and again. Kommander Keen from Germany will vibrate your teeth with a definitely crazy peektime Death Electro track wich will bang your head. Newcomer duo Dead C?T Bounce from Luxembourg are really bouncing out their skills with a dark but harmonic track with a monster distortion. And last but not least SNOB ES homie KLOAN delivers a huge Dubstep version that won’t fail in any set! The Machines will come! No cheesy Bigroom stuff just raw as fun!

The EP is out sind last friday the 26th november! Prelisten the other tracks on BEATPORT!

Written By
Lorenz
More from Lorenz
It’s a little shame cause I’ve missed that in 2010! So we...
Read More