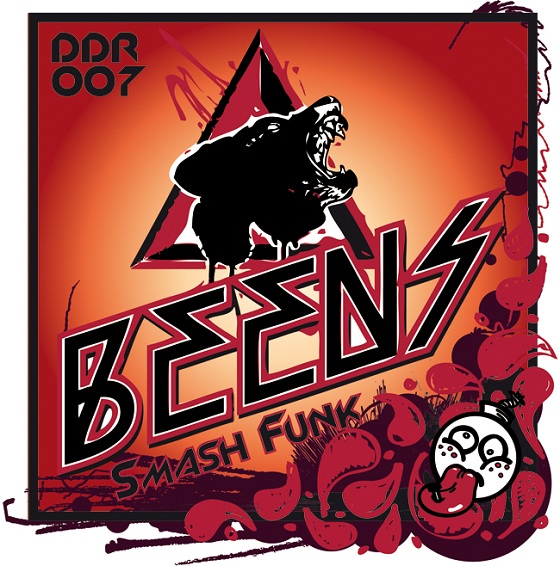 I guess I use the word “massive” a little too much but this time it’s the only word I find when I’m listen to the preview which follows these words! Beens first strike for Dusted Decks Records “Smash Funk” is a six track EP with the correspondent original and five big remixes from Vanilla, Jaimie Fanatic, Kommander Keen and Popmuschie! On the B side there is the second original called “Drop That” – a pure energy-monster!

Beens are an electro trio, originally coming out of the German university city Goettingen. Since December of 2007 they have put together the well-known clubnight “Parsh” in their hometown. The Parsh events have become extremely successful, guaranteeing a packed club and a fun night for the Goettingen party culture. By now the live gigs of the Beens have caused quite a stir, securing them bookings from Malaysia to England over Sweden to Belgium and, of course, Germany.

Now, calling Cologne their home, the improved production skills of this young band can be heard in every one of their new tracks. While listening to their music, their versatile roots, ranging from hip hop to rock, can be heard immediatly along with their energetic DJ sets.

In the course of under one year, Beens have moved to the top Myspace tier of unsigned German electro bands. The future looks very promising, considering the small period of time in which their quality music has let us dance and go crazy. Expect more to come because making music that will make you move is what Beens are all about.

Check the following preview and be prepared for the 25th March cause it will hit the Dusted Decks Records BEATPORT!

Tracklist for the preview:

Written By
Lorenz
More from Lorenz
The guys on Trashbags released a free EP by London based Nightbreaker....
Read More