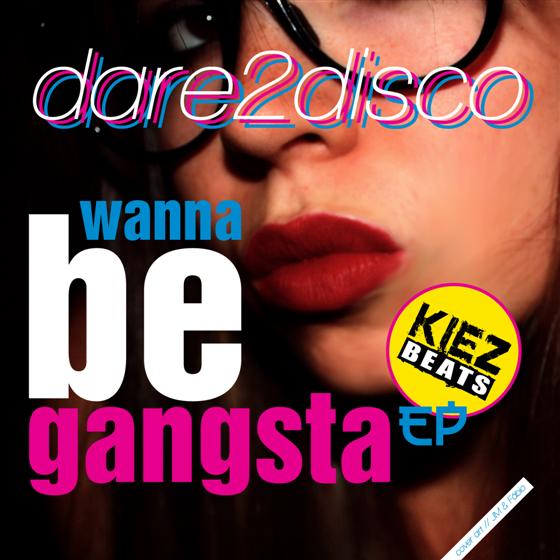 Dare2Disco, a much talented Producer, DJ, Percussionist, Sound Engineer and founder of the label Dodgy Choices, set branches between Germany and Portugal and worked, just to name some, on official Remixes for SALM, Disco Trash Music and Punx Soundcheck. Now KIEZ BEATS is proud to release his Debut EP “Wanna Be Gangsta”! For this project Dare2Disco worked together with some cool friends and the final effect is a massive Remix Pack completing this EP. An Electro Monster from Frederic de Carvalho, the owner of Absolut Freak Records, a massive Acid Flavour Techno Remix from Boltzmann, a Fidget Wobble Mix of Ludovic from Portugal, part of the FREIMA collective, and a Bass Dubstep Style Remix by Twin Turbo, the twin brothers from Porto with a DJ residency at famous Plano B Club.

Love the Original and the Frederic de Carvalho Mix! And just as a little gift, grab the Ludovic Remix for free!

Written By
Lorenz
More from Lorenz
So here it is, the much-anticipated first EP from the aspiring, young...
Read More