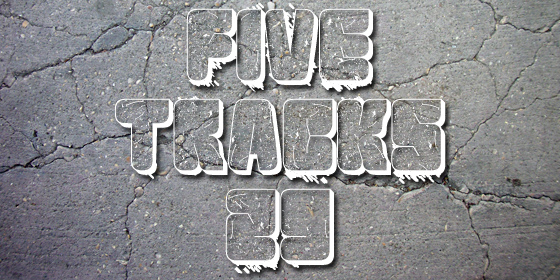 Another newcomer from Australian (Perth) called Crumps delivers a really cool acid/techno track. You will love it!

I guess Elite Force will give another RVMPD mashups. This time with the genius track “Swoon” by The Chemical Brothers. Good stuff!

The original is one of my favourites ever. Just fall in love with it – but Etnik turns this track in a technoid killer. Really love his style and I expect some big tunes this year.

SUNDANCE is a, well I don’t know if this is a band or just one person. But I know that this “rework” is great and they released their debut album for free. It’s really worth to listen to it, just go here and grab it. Indie/nu dance/house mixed with indie rock – just great music. Hmm, maybe I will make a post soon…

Tony Senghore, Horehaus label-owner and magnificent producer/remixer gives the “Bassface” by Sound Pellegrino Thermal Team a futuristic touch. Love his experimental way to enrich tracks. And you will love this too!

One original, four remixers and four interpretation. I love them all but especially the SCNTST and Valy Mo remixes are huge!

Written By
Lorenz
More from Lorenz
Maehtrasher is celebrating his 50th installment of dark contemporary and edgy underground...
Read More