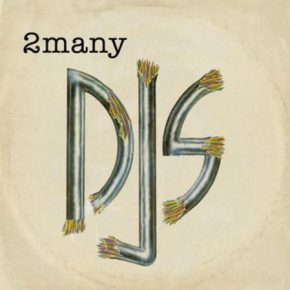 In case you missed this latest and also last “Radio Soulwax Presents: As Heard On Radio Soulwax pt. 2”. A stunning audio and visual mix.

“We’ve decided to end this crazy beautiful experiment called RSWX with the album that started the whole trip and was the unexpected gift that kept on giving.
While we watched it from the sideline lead a life of its own, unintentionally capturing a zeitgeist and becoming that weird thing that is an underground hit via word of mouth, we had already continued on many other musical ventures and have never really looked back until now, but we’re glad we have, as it’s a fitting way to end this project based on sharing (a small part of) our record collection.

We’d like to thank everyone involved from the animators to the coders and everyone in between who worked their asses of to make this labour of love a reality, but of course especially the viewers (or listeners if you will). Your massive response and attention has almost bankrupted us in bandwidth costs but it was totally worth it!
So here it is: 12 yrs, 2 months and 24 days later, we have re-united 45 tracks in 1 single hour of visual mayhem. As Heard On the Radio Pt II becomes As Seen On the App..is this technically Pt III? Probably. Who’s counting? Who cares? Just watch it.”

Written By
Lorenz
More from Lorenz
Since I’ve been listening to Erol Alkan‘s “Bugged Out Mix” which is...
Read More