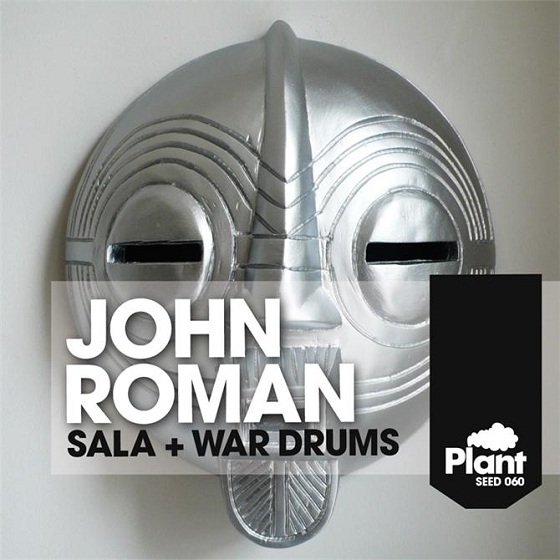 John Roman’s “Sala” EP just dropped a few days ago. It’s a great new and well supported EP! The package comes with remixes by NT89, Mom&Dad and Zubi. And to celebrate the whole thing John give’s his “War Drums” track for free! “War Drums is great. You can’t not dance to this.” that’s what Fake Blood talks about it and it is true!

In just a short amount of time with only a handful of tracks, John Roman has emerged from the pack of young DJ/producers as one to watch. His skilled production belies his youthful 22 years of age with masterfully crafted tracks that borrow from electro, tribal, jackin’ house and techno. This year, we have seen the convergence of Roman’s multiple production personalities – his dark, aggressive electro-futurism mixed with his raw, infectious tribal rhythms, creating a style truly all his own.

His debut release on Plant is the much-anticipated “Sala” EP with “War Drums” on the b-side. “Sala” is a relentless, driving track whose strength is its sparseness, in essence an arrangement of drums, tuned percussion and some carefully selected noises, peppered with a Portuguese vocal sample that injects a dash of exotica – effectively tribal, yet minimal. Remixes come courtesy of NT89, Mom & Dad as well as Zubi from NROTB. “Sala” has already gotten enthusiastic support from many top DJs including Brodinski, Congorock, Chocolate Puma, Carte Blanche (Riton + DJ Mehdi) Crookers, and Laidback Luke, who included it in his most recent Essential Mix.

Grab your copy on BEATPORT! Support him!

Written By
Lorenz
More from Lorenz
Beat & Bang are causing quite a fuzz at the moment in...
Read More