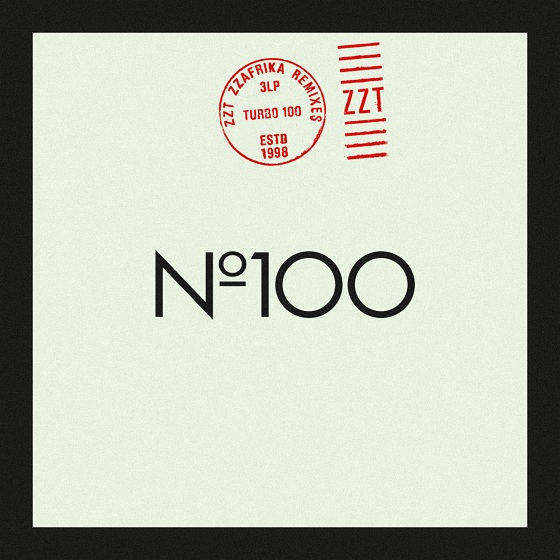 Finally! The ZZafrika Remix EP released today! YES! The original is definitely one of the best tracks ever! Yes ever! The Remix EP comes with a huge pack of remixes from Julio Bashmore, Crowdpleaser, Plein Soleil, Tomas Andersson, Gesaffelstein, Light Year & The Finger Prince, Clouds, Sound of Stereo, Marseille and the Afrojack Rework! Every one is unique with the touch of the original “ZZafrika”! My favs are and that’s not a miracle, the Gesaffelstein and the Light Year & The Finger Prince remix! So dope!

The list of artists who have appeared on Turbo Recordings is staggering by any measure. For an indie dance label to survive 13 years and over 100 releases is a remarkable feat, but for a singles-driven label, the magic has often revolved around the institution of the remix. Turbo A&R have done an extraordinary job of bringing in talent, poaching the most exciting artists of the moment. It makes sense then, for its 100th release, that they would craft a package that highlights this prowess.

For anyone who heard it out, ZZafrika was unquestionably one of the biggest records of the year. The renegade dove-child of Tiga and Zombie Nation, ZZT has built up a cult following by virtue of its off-the-rails, wildly eccentric party tracks. They don’t do interviews. They don’t do remixes. They don’t do filler. As the duo puts the finishing touches on their outrageously great debut album, Turbo has decided to settle some unfinished business and follow up the one-sided pro-etched vinyl 12” with a full-blown release, one that would do the track justice and bring it to the wider audience it deserves.

Written By
Lorenz
More from Lorenz
Taken out of the recently released “America, Fuck Yeah!!!”, which is a...
Read More