I feel delighted to present to you the latest interview with Boysnoize Records freshest member, the Munich based YONKERS TALE. His debut release on BNR TRAX “The Plant” is already available. The four tracks gained a lot of attention and support by some of our favourite artists.
“His sound is a combination of raw elements, combined with pleasant harmonies and local influences from his hometown. As a result, some unique dancefloor bangers that you will find in the sets of many international DJs.” – a summary I couldn’t have said it better myself. Grab the EP on Beatport in case you haven’t done it already. 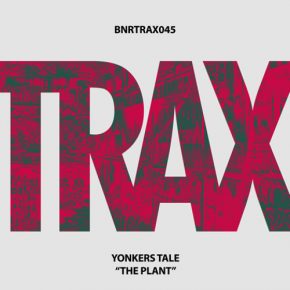 LM: Hey Phil, it’s a great pleasure to have you for an interview. Please give my readers a little introduction…
Hey! My Name is Phillip aka YONKERS TALE and I’m a DJ and Producer. I started with making Hip Hop Beats and since a couple of years I’m into this electronic stuff!

LM: Let’s start with an essential question about yourself. When and how was your first touch with electronic music?
YT: I think it was around 2006. I went to this club in Munich called “Erste Liga” (sadly doesn’t exist anymore) and Feadz was playing. I didn’t know his music or any kind of electronic music. I went to this club by accident and instantly fell in love with this music.

LM: Do you have any musical apprenticeship, like playing a “real” instrument?
YT: Sadly no! I can play some chords but thats it, haha … But i really wanna learn how to play the Piano.

LM: Turbogaz should be a familiar name for my thoughtful readers. Please tell us something about how and why you’ve become your new alter ego YONKERS TALE.
YT: The sound is a little bit different than my older stuff, so Boys Noize and I decided to release this under a new alias.

LM: So how did you first get in touch with Boys Noize?
YT: SCNTST is a really good friend of mine. I always send him my music and one day he asked me if he could send it to Alex and I said YES! A couple of months later we met in Munich at a show of his and he told me he wanted to release my stuff! So now I’m here.

YONKERS TALE – The Plant EP
► Play+ Enqueue▼ Download
LM: Your debut EP “The Plant” is already out and it’s HUGE. Did you made the four tracks from scratch for BNR TRAX or is there a hidden folder on your hard disk with more bombs like that ;)?
YT: I made all the tracks during the past 12 months. I always send Alex my tracks and we decided to pick these four tracks for my first release. But yes, there is also a hidden folder 😉

LM: It was a tough call but “King” and “Vold” are my favourite tracks of the EP. Would you mind to tell us some secrets from the creation-process? Such things like used hard- and/or software, samples, inspirations?
YT: I use both, hard- and software for my productions. For this EP i used my Elektron Analog Four a lot. It’s perfect for those synth chords! I really love it. I just bought this Analog Rytm, also from Elektron. So there will be some Analog Drums in the future too! 😉

LM: Enough about the past and present, where are you in 5 years, what goals you’ll have reached? Tell us your plans…
YT: I really don’t know. I don’t plan this far ahead but i would love to do some collaborations with friends and artists i like. I always loved to work with other people. It’s very inspiring for me.

"A combination of raw elements, combined with pleasant harmonies" - YONKERS TALE made an huge debut on BNR TRAX!

Written By
Lorenz
More from Lorenz
The two guys from Nadisko, Alex and Blake – based in
Read More