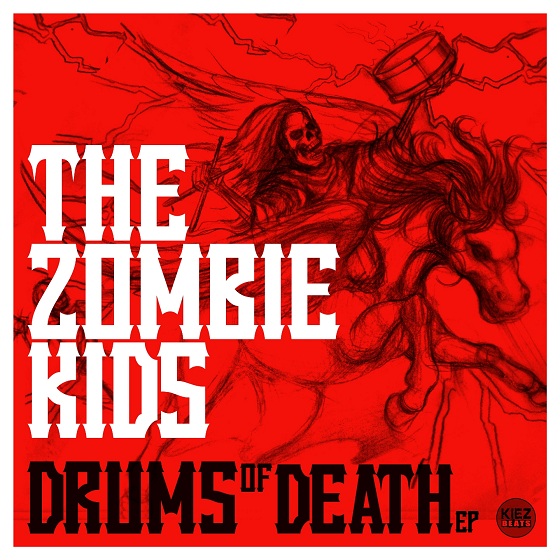 Edgar and Jay are the two pioneers behind The Zombie Kids. These two revolutionary Producers/ DJs from Madrid, have totally changed the Spanish club scene. They have been called music terrorists because of their punk attitude while they are mixing electro, punk, hip hop, metal and every thing in between. Their style is not a music genre. It’s just pure attitude!

Right now The Zombie Kids are the most wanted DJs in the Spanish nation. They played beside Major Lazer, Boys Noize or Pendulum and after becoming favourite DJs of NIKE and VANS, they called the attention of national press like ROLLING STONE & FHM magazine! The Zombie Kids were recruiting 2.000 clubbers in Madrid every Wednesday at their own ZOMBIE CLUB, one of the most popular clubs that had ever been seen in the Spanish club culture.

The Zombie Kids have succeeded with their debut track – “Kiss my Ass”, co-produced by IKKI, reached #13 on Beatport, the most important platform for electronic Dance Music worldwide! Now The Zombie Kids follow up with “Drums Of Death” and “Jack Hammer 05”, two fantastic intoxicating Club Tracks, a perfect mixture of tribal Organ & Bass sounds, that make you Scream, Jump & Dance!

The EP drops exclusive on Beatport April the 08th. 2011 and gain early support from Trash Yourself, Stereoheroes, Far Too Loud, Aniki, Chevy Chocolate Cookies and many more…

Check their Soundcloud for some free stuff for example the following two tracks!