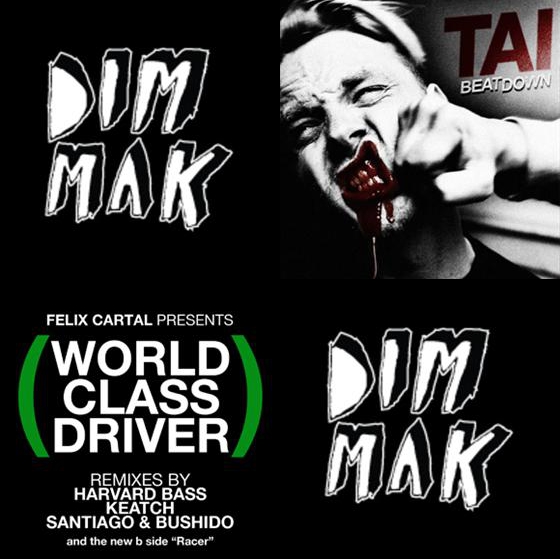 TAI is currently on fire. TAI has turned his production expertise to the club-floor, juggling his time between mainstream production jobs and dance cuts, from his stunning studio in Munich. In 2009 his singles: Liposuct with D.I.M (Boyz Noize), remix of Jean Claude’s Shingaling (for Frenetic) have seriously turned heads. Recently TAI finished up in his studio working with Steve Aoki on his upcoming EP “BEAT DOWN” which will be released on Dim Mak oh so soon…

“I’m about to leave for Australia but wanted to quickly update everyone on my next release – the remixes for ‘World Class Driver’ plus the new B-side ‘Racer!’ It comes out June 15th on Dim Mak Records, which is about two weeks away! But enough talk, Dim Mak has helped to create a dedicated page to listen to previews of all of the mixes! Check it out. It also has some kind words from other DJ’s and artists who have showed support for the remixes and originals. Okay enjoy!”

“Big fan of the original since the album dropped. been playing the HB remix for a while. Big release, nothing but quality” – Sound of Stereo

“The Harvard Bass Remix Rules SO Much! it’s Like if Len Faki Was Sleeping With Switch! (!?) DANCEFLOOR KILLA! big up!” – Brodinski

Grab the KEATCH REMIX FOR FREE!

Written By
Lorenz
More from Lorenz
After Slap In The Bass – Egypt EP No Brainer Records drop...
Read More