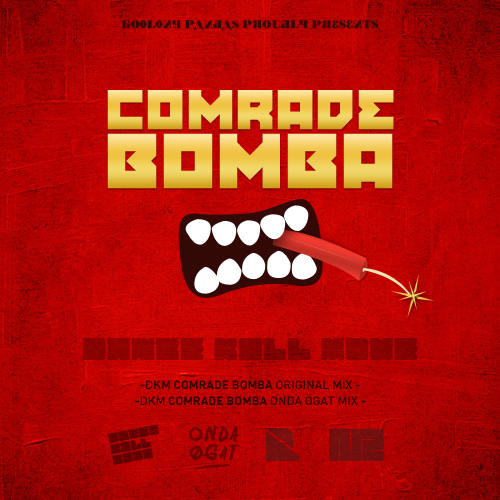 After a long time away Dance Kill Move is back, this time with help from friends Onda Ögat!

Comrade Bomba is that big big club anthem you’ve all been waiting for. Stuttered dancehall vocals with a booming kick drum and a trance lead larger than life. As described by Ricardo “DKM” Ocampa Daza himself; “Dancehall meets Death electro!” You can’t resist this one! BLAZE!

The remix by Onda Ögat takes the dancehall vocals and trance lead to higher highs. Wait for the build up.. a crazy siren, and then BOOM, the 808 kicks in and turns the beat into a sweet oldskool electro thing with a steady 4×4 kick! Jack your bodies to this!

Written By
Lorenz
More from Lorenz
DJ HAUS, Bossman of digital rave factory Unknown to the Unknown, one...
Read More