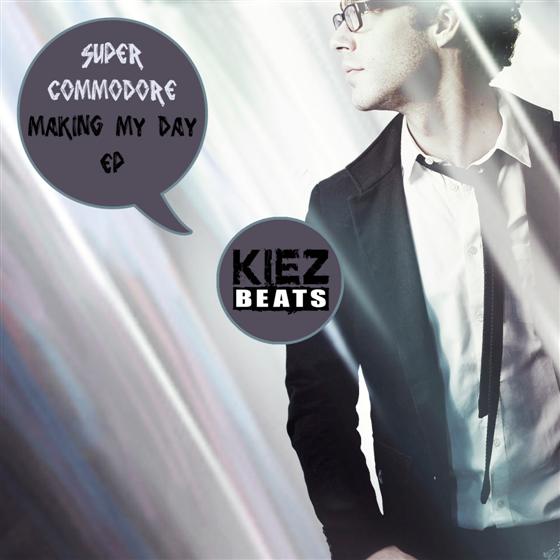 Tomorrow is the exclusive Beatport Release of the Ed Banger Crew supported Parisian Artist “Super Commodore”. “Making My Day” EP, fresh from KIEZ BEATS Records. It will be released worldwide May the 11th. 2010.

Super Commodore is a Parisian DJ and Producer. Getting early into electronic music, he began working the decks as a House DJ. Supported since his EP “Coline” by the Ed Banger Crew, especially Busy P & SebastiAn and BBC Radio 1, just to name a few. He released own Stuff and Remixes for international successful Artists like Fukkk Offf on Place Blanche, Coco Machete & Erase Records and shared the Decks with Philipe de Boyar etc. His style is best described as a mixture of house, electro & breaks. Each Remix had a different approach, from the acidic and heavy bass to vocal techno and French house, as we used to hear back in the late 90’s. Acclaimed for his surprising and up-tempo DJ sets, he’s now working on new tracks and a radio show called “COLORED CITY” that will be soon on air! The “Making My Day” EP, exclusive signed on KIEZ BEATS contains 3 Original Tracks and 3 Remixes. “In A Klub” and “Gayaltedribbs” are more deep and chilli in a typical French Retro House Style of the late 90`. The Track “Making My Day”, a Club Monster for itself gets new Interpretations from Beegood, who still released on Boxon Records, Mr Nô, the “incognito 3rd. Member of Justice” and Relentless. French House rules the world!

Grab the Making My Day (Relentless Remix) and the EP Mashup for free… Enjoy!