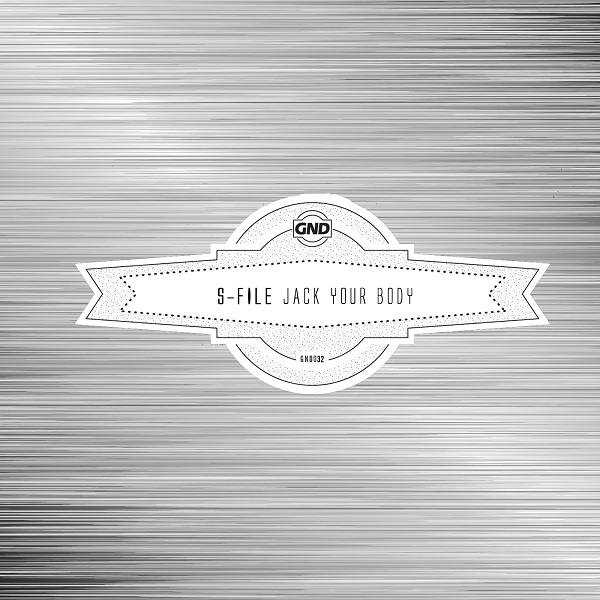 Anyone can release music, but only a few have the talent to drop some kind of high quality stuff. The guys from Guys’n’Dolls never dissapoints. Since his latest collab with Turbo Turbo called “Headhunter“, S-File just released his newest two track EP – a highly danceable mix between driving future techno like “Comfortably Numb” and an acid-bomb called “Jack Your Body”. The EP is out now and available here on Beatport. Be sure to support this guy and don’t miss his latest special release mixtape which I’ve already featured via my mixtape monday series. Enjoy.

Cassius (Zdar): COOL ACID PUMP LOVE IT THANKS
Shinichi Osawa: like both tracks
Sound of Stereo: great release!! full support!!
Mumbai Science: Jack Your body is dope!
Joost van Bellen: Love both tracks! Will surely play them, think I like Jack Your Body best, the acid is the very best acid I have heard in a long time. Well done.
Shadow Dancer: Jack Your Body is a cool old school groove with a great acid line and fierce percussion.
BS1: Comfortably Numb is solidly dope, dig it!! JYB is cool too!
Autokratz: great stuff, great label
The Loops of Fury: Awesome release, we’ll def be playing these ones!
Hoshina Anniversary: Yeahhhhh! really cool, “Comfortably Numb” is for me!
BeatauCue: comfortably numb is cool, thanks
Attaque: great stuff, loving Comfortably Numb
Baskerville: Comfortably Numb is cool!! will play it

Written By
Lorenz
More from Lorenz
How should I pitch this new Costello EP to you, if there’re...
Read More