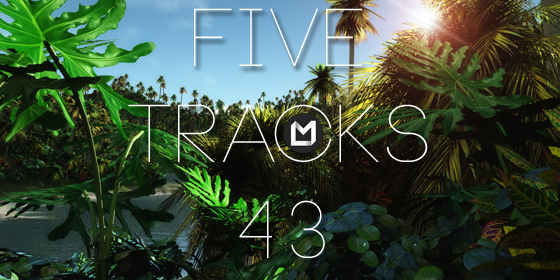 Okay guys, here we go since this last one-week break. Turn up your speakers close your tabs and everythig else and keep focusing on this! I’ve collected some freebies for you. Hope you’ll like them! Let’s start with the new track by Vitalic. He’s a legend and he will release his next album in october this year. The sound is a bit glitchy but it’s really ravey.

Next one is by the Australian DJ and Producer called Beni who remixed the Sneaky Sound System to a fresh and catchy track. You won’t stand still to this.

With his first track on Bad Life called “Till We Ghosts” Petite Noir not only surprised the Guardian who wrotes this: “The first three words he sings are “Oh my God”, which is exactly how we felt when we heard this…Joy Division meets Paul Simon in Graceland, genuinely striking and unique”. Brilliant track.

The trio Jackin With The Drums, which I introduced to you earlier this year, just released this catchy techno anthem. They really know how to jackin with the drums.

I love the Editors and remixes or edits are complicated. Boys Noize did it and now Acidkids just make their edit of “Papillon”. Huge track by the Berlin based trio.

Distrakt just released a free remix by german techno-wunderkind Etnik from Hamburg. And as you can expect, it’s typical high quality music. Impressive producing skills by the young guy.

Deft, yeah who the hell is Deft?! I don’t really know more than he’s from London and making brilliant music. Keep checking his soundcloud for more.

Huge drum’n’bass remix of this Cypress Hill & Rusko collaboration by Mustard Pimp. If you’re not into DNB just skip it. All others enjoy!

As I promised with the last FIve Tracks post, here is some more great stuff by Ryan Riot. Beautiful summer track.

Last but not least Surkin. The french forward thinking magician remixed MIA’s “Bad Girls” which ends in a funny and bassy party bouncer. Get out of your seat and start dancing!