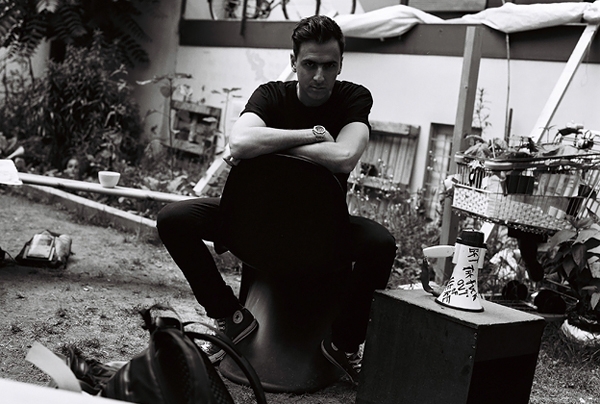 Alex Ridha aka Boys Noize aka my living hero just released the first track of his upcoming album “Out of the Black” (release will be the 2nd October) called “What You Want” as a stream on RollingStone mag.

The album’s opening track, “What You Want,” combines golden-era hip hop beats with Kraftwerk-style robot refrains for a rousing workout. According to Ridha, the song attempts to emulate the “raw and rough sound” of his earliest music, with a particular interest in the beats and styles of Eighties hip hop.

No doubt that this will be my favourite LP in 2012. I can’t wait for this and I can’t wait to see him live at Berlin Columbiahalle. If you want to see him with his new Live-show check the dates on the official Boysnoize Records blog. If you want to listen to the whole track go here and stream it as much as you want. I love the track, it’s just wow.

Written By
Lorenz
More from Lorenz
Your weekly dose of mixtapes is finally here. Thirteen really different and...
Read More