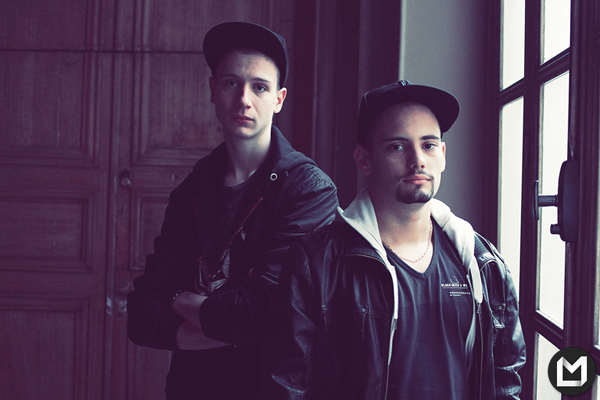 Proudly present to you the next exclusive mix by the french duo NEEDS. If you haven’t heared of them in one of the last posts I did with one or more tracks by NEEDS, it’s your chance to get to know them. Currently the guys dropped their first EP called “Computer Jam” on Beatport and also made a remix for Fukkk Offf’s EP “U.R. Techno“. Both serve an awesome mix between electro and techno. Check the interview, the tracks and sure the mix. And be sure to keep an eye on NEEDS.

LM: Hey Thomas hey Antoine thanks for taking your time for the mix and some questions. So be kind and spent some words about the guys behind “NEEDS”.

Hi Lorenz ! We are a french duo of DJs and producers from Paris under the name of Needs since last year. Otherwise we worked together in 2010 under another band name..

LM: You guys gained my attention in late 2011 with some great remixes, so how was the last year for NEEDS and what can we expect in the next months?

Yes we remember that, thank you by the way ! Last months was cool for us, because we have played in a very famous club in Paris, “La Machine du Moulin Rouge” (Big up to Fred Gien from Police Records) and we also signed a remix for Fukkk Offf released on June 18th ! In the next months we can expect a lots of producing time, we have an other EP project, remixes etc.. so much work in fact !

LM: I would say your music is a great mix between electo and techno so where did you find your inspiration?

Yes you’re right, it’s exactly a mix between techno and electro. We are really complementary about this because one of us is more techno, the other is more electro, and these are two approximates style of music. So we always find agreements, and therefore a result of “compromise” between these two styles that probably give a “Needs sound”.

LM: If you guys could choose some artists to work together, who would it be and why?

Surely, we would choose Modek, because we really love his work ! We enjoyed of playing with him for the release party of Fukkk Offf last month, it’s a good guy ! Otherwise, if we could try something with Donovans or Ado, we would be very proud !

LM: When you guys playing a gig, which are the tracks you simply have to play?

Like we said, we love to mix techno with electro, we try to combine our two representative style of music in the same set.
Recently we have played old and new tracks of Modek, Keith & Supabeatz, Mumbai Science, Destructo, Clouds and more.. a little bit like this latest mix we’ve done.

LM: At last, if you have the chance to choose a label, which would like to join?

There are a lot of big label that we appreciate, but if we had to choose, we would take Boysnoize Records for sure ! Their music inspire us a lot.

Written By
Lorenz
More from Lorenz
Another fantastic release by the label Top Billin. This time it’s the...
Read More