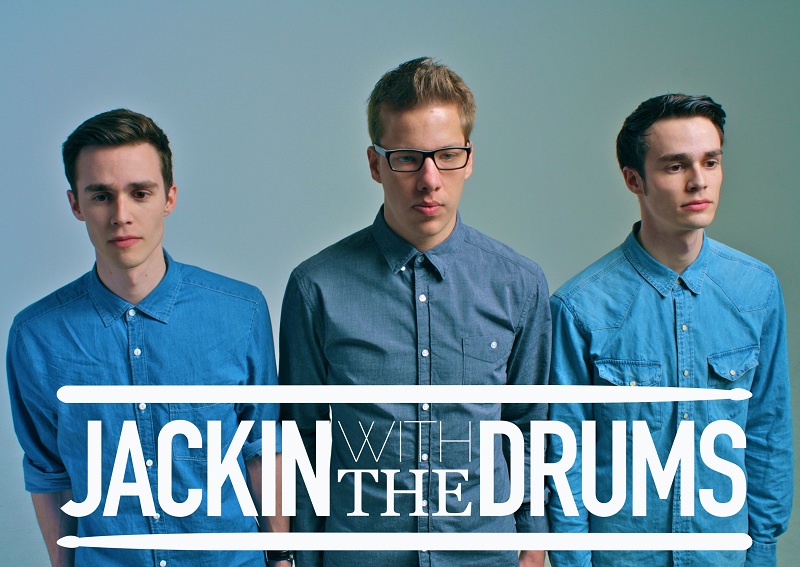 Jackin With The Drums is a techno producing trio from Belgium who started up in summer 2011. The guys behind Jackin With The Drums are Laurent Wauters, Dominik Wauters and Dany Meysters. The motivation to start a more international project persuaded the guys to start with Jackin With The Drums (at this time the DJs still were members of the electro collective BGPRJCT). As promoters of the party row Freakin’ Beatz, they created their own german-belgian DJ and producer network from which resulted friendships with DJs like Wazabi, Fat and Ugly and Modek. Their music style is knows as “advanced/future techno” which is a mixture between techno and electro.

Let’s talk about their music and start with a free track. It’s the remix of “Rattle by Bingo Players“, which is by far one of the greatest Bingo Players remixes I’ve heared ever and it’s for free! So powerfull, I’m really speachless. The track got logically support by Modek, Fat and Ugly, Sovnger, Wazabi, Bobble, Clash The Disko Kids, Ntology, Dunjinz and many others…

Next step for the DJ and Producer trio is the “Ahoj & Vulcan EP” on Canadian label “WE BLAST OUT”, which comes with two originals, yes “Ahoj” and “Vulcan” and both were remixed by Sovnger and Skinlips. Massive EP with that special taste of ravey-electro sounds. The Sovnger remix is still played by Annie Nightingale on BBC Radio 1 which you can download here. So be sure to grab your copy on BEATPORT!

To round up the the whole post, the guys made a new mix, called “Roulette Mixtape” which is also for free! So be sure to follow them and be prepared for their next releases which you will get here! Enjoy!