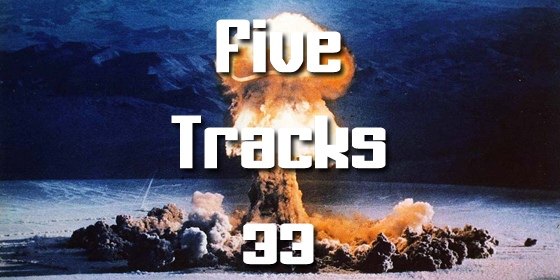 Here is another five tracks post. Because I’ve missed the last weeks part, I’ve decide to give you a double-post. So that’s why you can get ten tracks. That are 50 minutes excellent music in high quality. Feel free to say thanks on my facebook page or just leave a simple comment. Enjoy!

Dunjinz - Tuner
Let’s start with the track called “Tuner” by Dunjinz. The Columbus based producer just start his new label “Silver Wave“. I’m sure you will listen some here soon! Gorillaz - Dare (Noize Generation Remix)
The Munich based producer and dj released this interpration of Gorillaz “Dare” and yes it’s heavy and awesome! Get it guys! Gucci Vump - Feeling (Needs Remix)
Paris based NEEDS made this excellent remix of Gucci Vump’s “Feeling”. Acid-rave meets those new “Future Techno”. Great! MaddJazz - So Seductive
Influenced by 80s and 90s House music, 90s Rave music, Techno, Electro House, Juke, Hip Hop/Turntablism, Bmore club, break beats the Chicago based “MaddJazz” delivered this amazing track. I’m sure you will here more soon. High electrify club track. Mark Denken - Dios (PTN Remix)
ANother futuristic sounding track by the young gun “Pump The Noise”. You might know him since his exclusive mix! IF not, be sure to check his soundcloud. You’ll find awesome stuff there. Nadisko - Flip (Skrtel Remix)
Skrtel turned the original track “Flip” by Nadisko in his special way to produce those big-room-breakbeats with some acid parts. Great track. Rob De Large - Anger (Audionite Remix)
With his own tracks on BNR sublabel Trax, he’s not any longer the yound newcomer. His tracks were played by Boys Noize himself and here’s another amazing dark techno track – for free! Audionite will be one of those producers, who define the future. Believe me. Sharooz - Osiris
Sharooz, label owner of “La Bombe” and well knowed producer for intricate composed electronic music. So “Osiris” is the perfect example. Awesome work. Rogerseventytwo - Take Me Higher (Kids At The Bar Remix)
Hailing from Oklahoma City, Kids At The Bar is a musical project of two Producer/DJ which released another big free track. This time they turned the original tech-house with thos classic funky vocals in a damn hot big room filler. Feel the energy! The Scrambled Eggs - Atom
The Scrambled Eggs is a dj/producer duo from Lithuanian. “Atom” gained my attention by the first listen – listen to it and you will know what I mean. Crazy sound. I will give you more infos, I promise. Enjoy.

Written By
Lorenz
More from Lorenz
The 22nd exclusive mix is a journey through techno, brought to you...
Read More