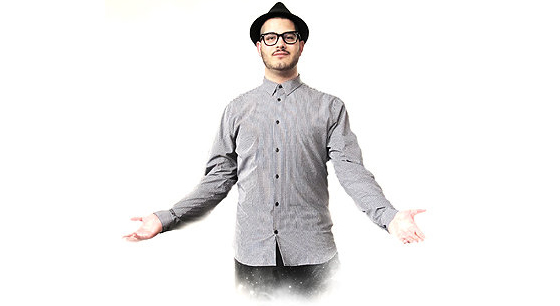 As you can see Nima Tahmasebi aka NT89 flies above it all! Do I really have to tell you how big are the following EP called “PAYNE”?! Surely not! But you should do this step by step – listen the preview below and go to BEATPORT and get your copy!

His set at our festival was insane.

Madonna described him as “the greatest modern Techno producer around. His tracks bang my tits off.”

He has outstanding facial hair.

Let your girlfriend listen to Payne alone in a basement.

Listen to Payne after watching Crimewatch, and you are prone to nightmares.

Listen to Payne if you have an existing heart condition.

With a title like that, it’s unsurprisingly big, dark and violent. You really worry about such noises coming from one so young. It’s 4am zombie hypnosis. It’s a chilling tango for the urban undead. It’s Future Techno. He is arguably one of the most forward thinking producers around, counting Tiga, Erol, Laurent Garnier, Diplo and Style of Eye amongst his admirers. Obi Blanche decided against a new age folk rework, and instead the Bang Gang/Mad Decent man went for some more massive banging techno that’s not for the faint-hearted. Respite is offered with the more classic Aphelion, which when viewed alongside his previous work; such as the stunning EP’s Thyme, Panda and Plug, you can see the variation that makes him so special.

Written By
Lorenz
More from Lorenz
Berlin based and Ultramajic wizard Machinedrum, who started back in 1998 just...
Read More