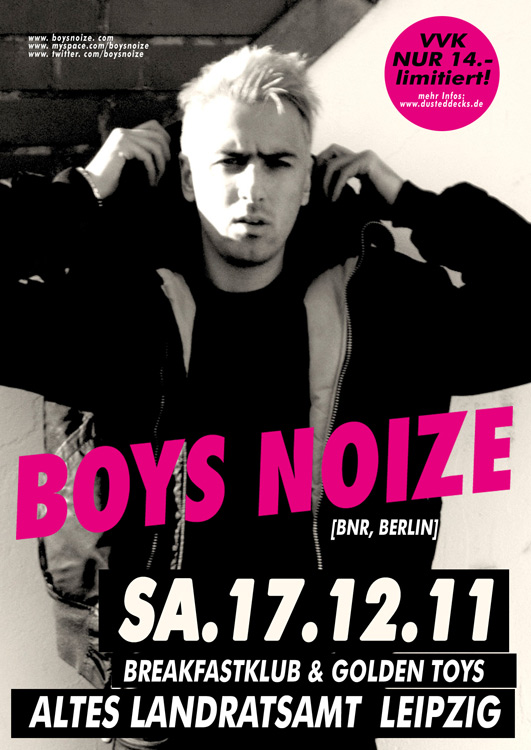 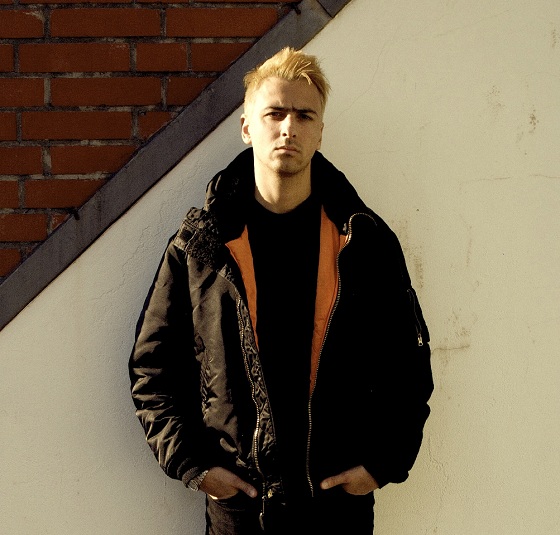 BOYS NOIZE is the stage name of Berlin-based DJ and producer ALEX RIDHA. Ridha (born in 1982, Hamburg) started producing and DJing at early age to find himself supporting the likes of Felix Da Housecat and DJ Hell in a matter of time. Nowadays Ridha himself is known as a one of the most valued electronic artists, awarded with the Independent Music Award in 2010 as well as 3 years in a row Best Electronic Artist on Beatport. He has a refreshing approach: not afraid to break new grounds, beaming a myriad of influences from his hip-hop and disco roots to create an innovatory sound. His DJ-sets are equally uplifting and he’s regarded by many as one of the worlds’ best DJs, not only technically but also as a showman. Seamlessly mixing and remixing on the spot, Ridha never fails to deliver high-powered and gripping sets: unforgettable experiences for the witnesses.

Ridha released his early work on labels such as International Deejay Gigolos Records, Kitsuné Music and Turbo Recordings. In order to retain full artistic freedom however, he established his imprint Boysnoize Records in 2005.His highly anticipated long players “OI OI OI” and its successor “POWER”, the two long players that included contemporary anthems such as “Don’t Believe The Hype”, “&Down” and “Jeffer”.

He remixed David Lynch, N.E.R.D, Depeche Mode, Snoop Dogg and The Chemical Brothers amongst many other great artists and became a producer of note, highly sought after having worked with Kelis, UK rapper Kano and Black Eyed Peas to name a few. Chilly Gonzales’ “Ivory Tower” is his first fully produced and co-written album which was released in August 2010.

He has further collaborated with his friend and fellow Erol Alkan: The first record “Death Suite” / “Waves” was released on Ridhas imprint BNR, follow up “Lemonade” / “Avalanche” came out on Erol’s label Phantasy Sound. An “Avalanche” re-release, a new version featuring Brit-God Jarvis Cocker, is due for early 2011.
Ridha is currently working on the forthcoming Spank Rock album and as well as with New York´s finest Scissor Sisters. His recent release of original Boys Noize tracks in September 2010 celebrated the 50th release on Boysnoize Rec as well as the launch of the first sublabel BNR TRAX which presented its first release in October 2010.

Written By
Lorenz
More from Lorenz
It was back in September 2010, I got this surprising mail from...
Read More