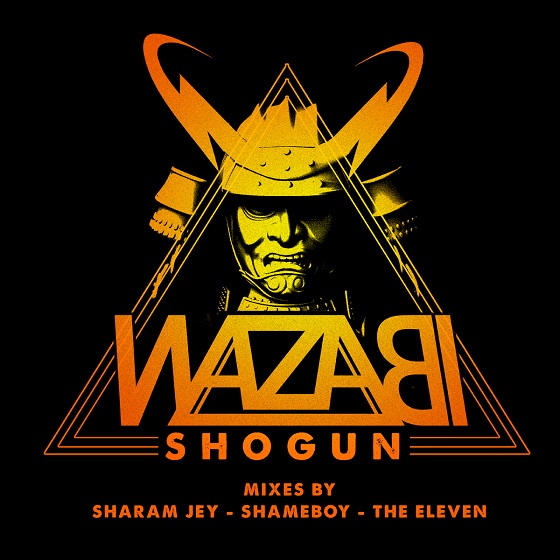 First time when I listen to the original “Shogun” I thought about Ninja Fruits and fighting sound effects from old Kung Fu movies! HAHA but got damn the new Wazabi EP is so good! Especially with the remixes from Sharam Jey, Shameboy and The Eleven! Future techno and you can get your copy in such a few days! Dropped by King Kong Records and will be released at the 4th November on BEATPORT! Enjoy!

After a long time without any new signing on King Kong Records, mostly because we were busy with Sharam Jey’s album and it’s singles and releases, we are proud to welcome Wazabi to the King Kong Crew! These guys deliver a banging floor burner named “Shogun”. This release is just another highlight in their strong output. They already had releases out on Guys N Dolls, and most currently they are featured on the new Dim Mak compilation.
We summed up a strong package with remixes by Shameboy, who did another great job after his remix for Sharam’s last single “The More That I Do”.
Dutch upcoming talent The Eleven are contributing an electro/tech remix. He lately had releases out on Southern Fried.
And last but of course not least is the boss himself; Sharam Jey did his magic touch with his remix for this bomb!

Written By
Lorenz
More from Lorenz
I’m sure the most of you knows about the lost of one...
Read More