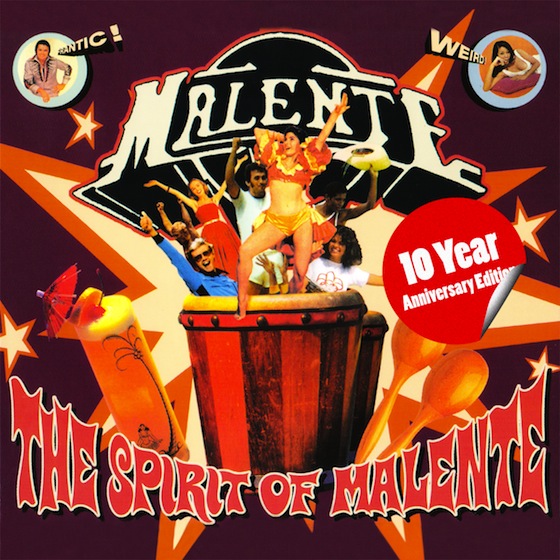 Beginning of September Malente & Discobelle asked everybody to hand in their remix for a Malente Remix competition as Malente put out a 10year Anniversary Edition of his first Album “The Spirit Of Malente” dating back to 2000 – remastered and stuffed with previously unreleased bonus tracks.

They received about 50 remixes of which the top 5 winners will see an official release in November on No Funk Rec. The most amazing remixes come from Roby Howler, Say Dubai, Teenage Mutants, Go Freek and Nautic. Thanks to everybody who participated or tried.

As a little thank you Malente decide to give away the remix by Ren Riz which came in 6th, hence doesn’t make it on the release including a special Malente Re-Dub of this remix.

The following tracklist shows you the artists who will be on “The Spirit Remixed” which comes in November:


Show Tracklist
Some of you might know Malente from recent releases like ‘Gipsy Kings’ or ‘Habibi’ (2010) on Exploited, ‘I Like It’ (2009) on Fool’s Gold or ‘Killer Applikation’ (2008) on Moonbootique, some as head of his label No Brainer Records. But there was a Malente before this Malente and funny thing is: Most of you – those who are old enough – know that Malente too. You just don’t know you do.

So here’s to refresh your memory: The Malente project started in 1999 with a 12″ called ‘Fertig’. The first album ‘The Spirit Of Malente’ followed in 2000 containing tons of underground club hits like ‘I Sell Marihuana’, ‘Twist’ or ‘Boogaloo’. When you listen to that album today you’ll realize that what Malente does in 2011 is completely different music, but strongly connected to his early work.

Where the original album held twelve tracks, the completely remastered 10 Year Anniversary Edition features over twenty. We not only dug thru the archives for outtakes like the first version of the over ten years later released Moston & Malente single ‘Oh My God’ or ‘Club Apart’ an early collaboration with Erobique, but also remodeled the whole tracklist to integrate the additional tracks properly and keep the flow of the album.

To put it briefly: We made this shine for 2011 so you can fully experience ‘The Spirit Of Malente’. A must have for fans? Yes. But even if you never heard of Malente this is something for you if you dig funky dance music.

As they say: The spirit never dies.

Grab the album or the tracks you want on JunoDownload, Beatport or iTunes! Enjoy!