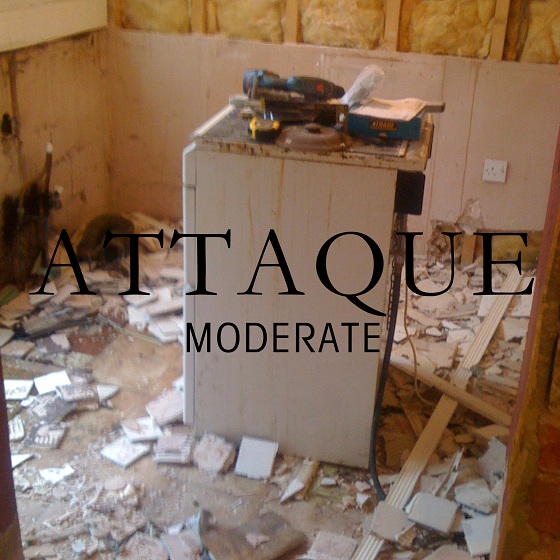 I’m a big fan of Attaque’s work and I’m glad that I’ve found his stuff and so here we are for his newest EP called “Moderate EP” which dropped yesterday on Bad Life.

When we last got in touch about the ex-sheet metal apprentice Attaque, we described him as an extraordinarily precocious talent making some of the best future-techno we’d heard. Tiga, Erol, Fake Blood and Brodinski all agreed.

Alas for young Attaque tragedy has struck. His Brighton dream is over. He’s been forced to return to his native Colchester; leaving behind his beloved town of big beat, St. John’s Wort and tofu-crazed-militant-eco-liberals.

For back in Essex, gypsies had occupied his childhood home.

He finally regained control of the house after emerging the victor in a traditional tinker triathlon of hare-coursing, cock-fighting and bare-knuckle boxing. In celebration of this momentous triumph, he sat down amongst the debris of his reclaimed kitchen and wrote his second massive EP for Bad Life: Moderate.

Good news for all who loves him too, new remixes for Bart B More and Rubix coming soon! Good times for music buisness!

Check the following feedbacks and get your copy on BEATPORT!

Written By
Lorenz
More from Lorenz
New monday, new mixtapes. That’s the deal and here we go with...
Read More