The guys around Florian Meyer & Axel von Wuthenau aka Wazabi drop their third EP on Guys ‘N’ Dolls Recods! Release Date is the 28th May and it’ll be available on all major stores out there like Beatport and others! My favourites are the Original and the Modek Remix, can’t stop hitting the play button on these two tracks! Absolutly amazing stuff! 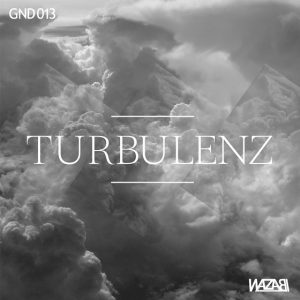 The third EP of Wazabi, “Turbulenz”, promises nothing less than a rollercoaster ride of turbulent electro for the global sound systems. Their previous EP ‘Interplay’, which was also released on Guys N Dolls Records late 2010, was a major success in the clubs of Germany and beyond the border. With Wazabi’s new tune “Turbulenz”, the two German producers want to reach even more dancefloors around the world.

“Turbulenz” is far more techno-is than “Interplay” and a little more serious in its entirety, but what remains, is the energy and power of a 100% peaktime monster! The remix package is big-big time! The first remix on this EP is from the fantastic Belgian artist Modek, who already remixed the likes of Mustard Pimp or Malente. His remix for ‘Turbulenz’, brings the characteristical Modek sound to the table. Bangin’ synthies, that gets the crowd going and an uplifting, melodic bridge-part, that even puts the hands of the club’s toilette lady in the air.

The young French up & comer Sovnger is making is his debut on Guys N Dolls with an electro, techy remix of Turbulenz. The build-up of the remix, makes his interpretation of “Turbulenz” very intriguing for any DJ’s set out there.

Hannes Rasmus – a producer from Hamburg, Germany – put a big amount of atmosphere into his remix. He underlines many aspects of the original, with a funky acidline that fits perfectly to make his remix, something completely new, but still conserving the original parts of “Turbulenz”.

Maxcherry’s full throttle techno remix, already made many feet in his residency Loonyland in his hometown Cologne, dance like there’s no tomorrow. It’s an all-forward-driving remix that rounds & completes this EP.