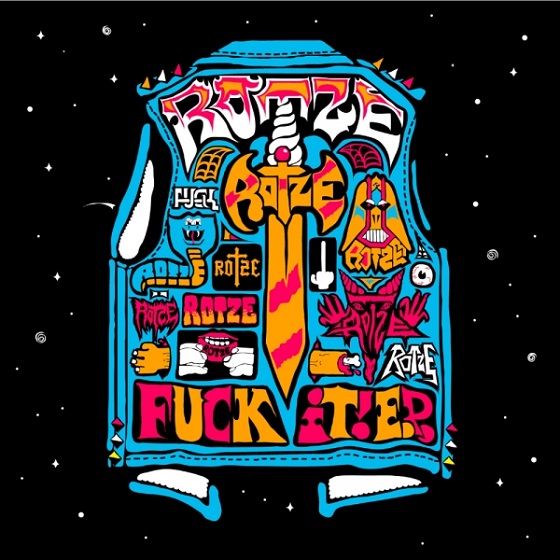 These guys don’t give a fuck!!! Rotze from Stuttgart in Germany release their new mindblowing EP Fuck it on Mähtrasher. After the release of their last EP on Kiez Beats these two dudes were not lazy at all! Besides a lot of remixes for the likes of Electro Ferris, Markus Lange, The S or Dj Antention they finished their new EP fueled with MAD techno, rave and unexpected Electro sounds. The title track reminds of D.I.M. if he would be punk and Redux is a pure rough diamond of a hit that could be mainstream if they wanted it to be. The other two tracks Alarm and Suck it brilliantly display their ability of doing stuff that a lot of ‘innovators’ even wouldn’t dare to release yet…Truly in front of their time! 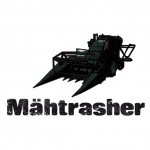 One of these boys plays in a popular Hardcore-band but decided to stay anonymous, the other one doesn’t play in a enormously popular hardcore band but decided to stay anonymous anyway…
On top we give you BRILLIANT remixes!!! aUtOdiDakT did a retouch not a remix, since he already considered Fuck it to be perfect and just polished the sound for Djs who haven’t got the balls to play the originals punk-attitude, The S obviously recognized the hitpotential of Redux and made a melodic banger like only they are able to do at the moment! These guys will be huge as well soon!!! X-Ettl, producer of Aerotronic delivers a banging technoish remix with his trademark sounds we all love so much over here, UDEK turns on his metalectro on Redux ready to get your party into a moshpit and MMMatthias, underground king of german experimental electronic did a almost dutch sounding rework that closes this release rather nicely!