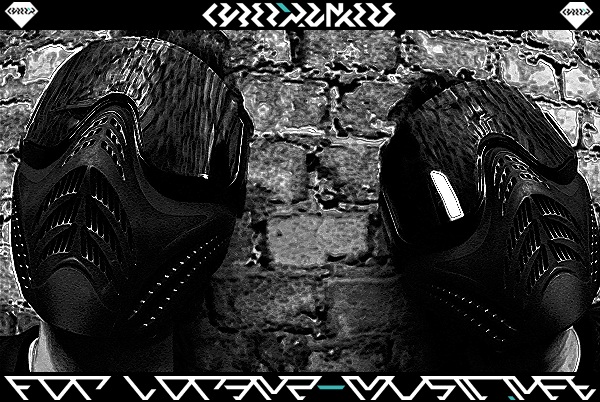 The Cyberpunkers project is the child, born in 2006, of the passion for Cyberpunk culture of two young Italian DJ’s. The format aims at giving a fresh start to this style through four different yet connected forms of art: electronic music, fashion, design and photography. In a nutshell, a transposition of the Cyberpunk world in modern clubbing through several performances at famous clubs, Cyberpunkers drew lots of interest and ended up being much taked about for both their original look, made of masks behind which their true identity is hidden, and for the originality of their shows, which are marked out by the use of two consoles at once and powered by several audio machines! Watch the new disturbing video…

That’s the new official Video for the “Fuck The System” EP on Freakz Me Out! Actually you can see both on their “Fuck The System World Tour” for more details visit here!

Support them on BEATPORT! But now enjoy this massive mixtape!