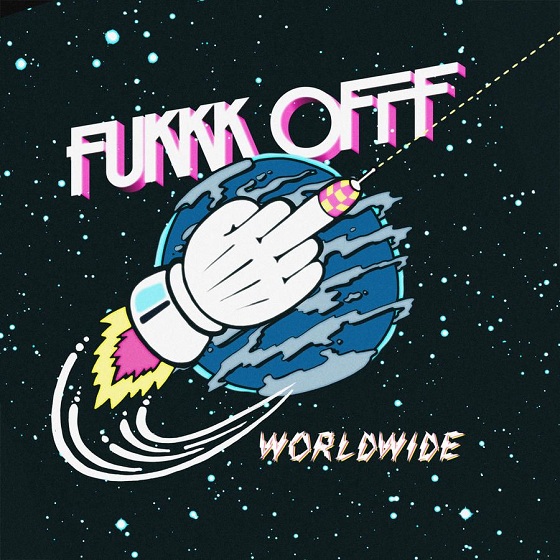 Things kick off with “BumBumBum”, a classic Fukkk Offf stormer, with a new twist of samba-esque percussion driving the electro sounds home. “BumBumBum” has been a live set staple for some time now making the crowds at every Fukkk Offf show worldwide go wild. Brain Rock takes things to the street with old school hip hop samples and funky drum breaks over driving italo-acid basslines. “Brain Rock” will, without a doubt, get any party, from Harlem to Hamburg and beyond, jumped up in to high gear. “Hey!” keeps things simple and straight forward for just that moment when you need a banger to keep the energy up and driving. And lastly, “Worldwide”. Fukkk Offf again teamed up with Hazel for a full on Hip-Hop electro workout.

No we jump to december 2010 and what drops now? Yes the Wordlwide Remix EP! 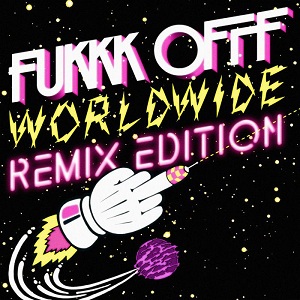 From the ghetto, to the city, and the suburbs, from DC to, LA back to, New York City, all my people put your hands up if you feel right! Fukkk Offf and his motley gang of remixers are taking you “Worldwide” one more time with the “Remix Edition”. Fukkk Offf takes the first turn upping the tempo from its original slow electro disco groove into a dubbed out late night banger for the clubs. Dirty Disco Youth takes it late night with some old school rave pianos and heavy heavy warehouse styled reverb. Then lastly Fukkk Offf let’s some light shine on an up and coming producer from Hamburg, So Called Friend, who drops a jack track full off quirky melodies quick flips. Put Your Hands UP!

Written By
Lorenz
More from Lorenz
I know it’s been to late but due to a shitload of...
Read More