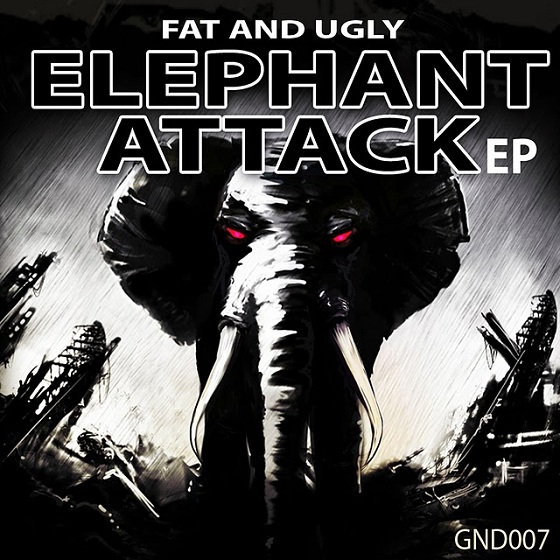 Fat and Ugly drops his new EP called Elephant Attack today! Heavy synths on “Elephant Attack” and “Indian Giants” sounds like a bollywood music composer on drugs! And that’s a compliment! 😉 Here some words about Fat and Ugly:

To describe the sound of the Berlin based producer and DJ you only need to look at his alias: Fat and Ugly! After remixing several international acts, his EP “Elephant Attack”, which is gonna be released the 6th of december 2010 on Guys and Dolls Records, already made a major buzz on the scene. Fat and Ugly has been supported by cool guys like Congorock, Crookers, Style Of Eye or DJ Tonka, just to name a few. Despite of his productions, his clubnight Parsh, which Fat and Ugly is running together with his friends The Beens, brought electronic music back to the map of northern Germany. Having played all across Europe from London to Munich, his energetic DJ-sets are never ordinary, always on the look out for the next peak.

Tonka: Killer package! Will try all of them! My favorite track for now is Elephant Attack (Original Mix) ..Crazyness!!! 10/10 Thx for sending
Black Noise: Elephant Attack is a Big Big Tune!!
Mustard Pimp: Cool Originals!
Supabeatz: Very nice release! Elephant Attack Original Mix is the one for me! Big up to Fat And Ugly! x
NT89: Indian GIants is huge!
Etienne de Crecy: Support
Larry Tee – I love Fat and Ugly
Far Too Loud: Nice EP. Liking the mix of techno and nu disco vibes. Original mix of Elephant Mix is the one for me…real slammer
Saint Pauli: The Elephant has attacked the gorilla. Love it!
Modek: I will play these A LOT!
Beens: elephant attack is one of the sickest beats ever. fat and ugly does it once again. FULL SUPPORT!
Lars Moston: Nice one. Liking Indian Giants Original and Elephant Attack Decalicious Remix
John Roman: Elephant Attack and Indian Giants are bombs. Full support!
Autodidakt: Elephant Attack Original ist zieeemlich fett!!!!!
Clash The Disko Kids: Indian Giants is killin it!
Valerna: Woah! Those are REALLY good!

Written By
Lorenz
More from Lorenz
You’ve might heared a lot mixes from Zooash here or at least...
Read More