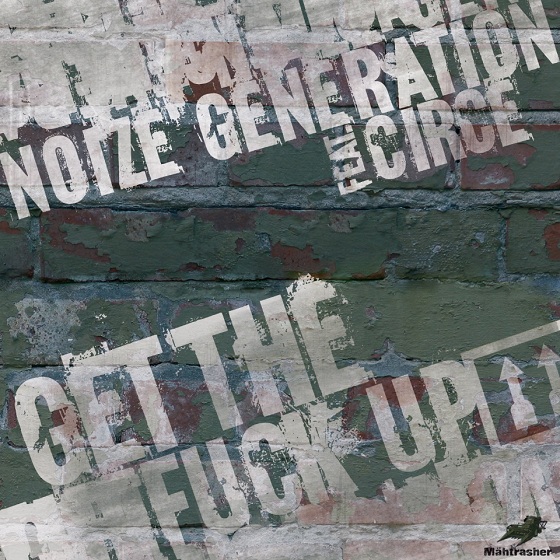 Noize Generation is a 18 year-old rave wonder-kid who burst into the scene about a year ago and is taking it by storm!!! Hot of his remixes for Zombie Nation, aUtOdiDakT, Haezer, F.O.O.L. , Neus, Disco Trash Music and others he delivers his debut-single that features south-african Circe on vocals and: it is BANGING!
The original track is backed up with an alternate version and an armada of high-profile remixers, this release will set him off big time!!!!

Brazil-based madman Edu K even delivered 2 remixes!!! One with his typical tropical stripped down approach as Edu K and one under his new UDEK moniker which is…errr…screamo-metal-rave to the fullest!!!! Insane!!! I bet you didn’t see this one coming hehe

Haezer from cape town who released his debut EP on Freakz me out earlier this year and will drop his Mähtrasher EP later this year even raised the aggression of the original by adding fierce squeeks, gnarly synths an mad drops!! Boomtune!

Beef Theatre who stormed the Beaport Top-5 with their remix for Disco Trash Music lately, again delivered a fine production of a huge Electro-House corker that will set any floor on fire!!!

Swedish F.O.O.L. (Fuck our ordinary lives) turned the original in a short but impressing stomper that perfectly showcases their style and attitude while the Shaved Monkeys from Belgium proof why they already had big releases on label like Crux or Kiez Beats with their nicely cutted synths and basslines: whooo!

Last but not least Bobble from Munich check out with a kind of a big room interpretation of Get the fuck up…Hands up!! Rave-business in the house!!

The two tracks are in full 320 but if you want more buy the ep on BEATPORT!