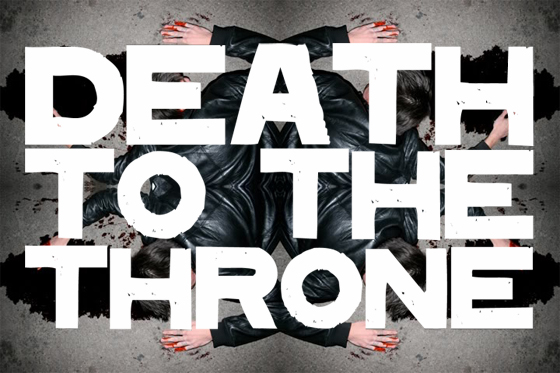 Death To The Throne is pure genius! I definitly love his last track which I’ve post for sure! So here comes his Metric – Twilight Galaxy Remix. Behind this post is a very funny mail! Don’t know if it based on a true story but why not! Read:

“The other day i was day i was stranded in downtown phoenix. i was meeting an old friend for lunch when she texted me and said she was gonna be late.

so as i’m wandering around aimlessly and telling homeless people i don’t have any spare change, i decided to go in to the urban outfitters and buy some pants, which i needed. (it’s important as a dj, to keep your pants game up) so i find a bunch of pants i like and go over to one of the girls who works there to give me a dressing room. and as im standing , holding a bunch of pants, waiting for a dressing room, i ask (as a joke!) “listen, i’m not wearing any underwear. is this gonna be a problem?”

anyway she didn’t find it too funny, and before you can say “barbra streisand, dooo doo do do doo doo do doooo ooo doo oo ew” the manager banned me from the urban outfitters. bullshit. now i have to buy really old looking t-shirts from jc penny’s now or something. lame”