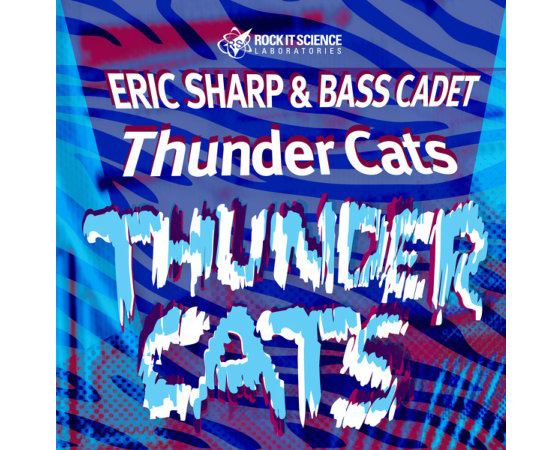 Eric Sharp, founder of Rock It Science Laboratories is a successful US based DJ who holds down a residency at San Francisco’s acclaimed Temple Nightclub. Eric is quickly making a major mark as a producer and remixer. Bass Cadet is a breaking new artist with exceptional ears and refined skills in the studio – definitely one to watch.

There’s a saying: “Third time’s the charm.” In the context of Rock It Science Laboratories’ third release this most certainly rings true. Thunder Cats have already been on the prowl,
appearing as the first track on Tommie Sunshine’s spring promo mix and an XLR8R podcast. Eric Sharp & Bass Cadet go to the outer reaches of audio space exploration and zoom back into orbit delivering a monster of a club whomper with Thunder Cats. Sick Boy, hailing from Amsterdam and tearing up the charts lately with work out on labels like Dim Mak and Discobelle, brings the polished heat on this incredibly tasteful stormer of a remix. DJ Fame, Dubsided Records and Potty Mouth Music pioneer as well as Rock It Science label mate, gives Thunder Cats the big room, big city feel with his deep tech space growler.