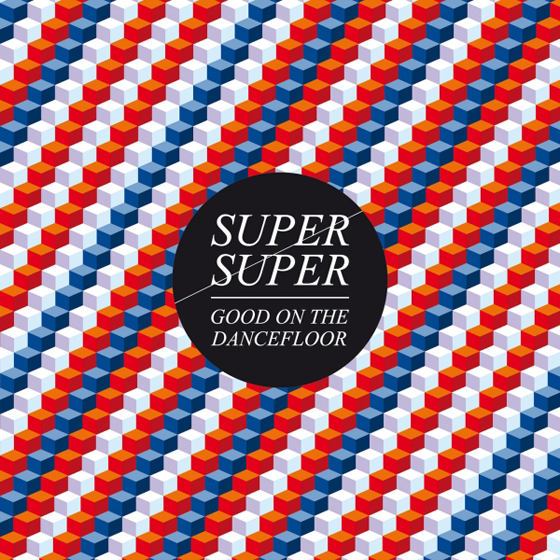 After their collaboration with aUtOdiDakT on the “Here we go” EP that reached nr. 2 in german club charts and had huge support from all around the globe, Super Super finally release their debut EP!! And oh boy, it DELIVERS!!!

The title track “Good on the dancefloor” is yet another collaboration with aUtOdiDakT and a perfect symbiosis of their reduced to the max minimal kind of rave-approach with his more bangerism kind of style! It sounds a bit like A-Trak would finally put out bangers again!

Their 3 original tracks show an already well progressed and distinct sound of their own, no matter if they include squeeky dutch-house synths (like in Nobody Move), a slower disco-kind of pace (like in Unleaded) or tribal african elements (like in Malanga)…you always hear that it’s Super Super and all tracks are…errr…Super!

This release is accompanied by a armada of great remixers who did big versions of these tracks, stylistically from Rave to Electro-House to Indie Disco and Techno! Booyakasha!!!!

Jay Robinson fresh from his collaborations with malente on Southern Fried Records turned it into a insane ravy Electro-House banger that will tear clubs apart within seconds!!! If you’re familiar with his recent works this one will suprise you…no wobbles just dirty Rave music!!! Genious!!!

Pola-Riot version is more like a straight squeeky version to satisfy all those Dutch-House & Fidget Connaisseurs out there. These guys from Austria will release EPs on Mähtrasher and Tommie Sunshines Brooklyn Fire label later this year, so be prepared!

Another quickly evolving german act is Rotze who released an EP on Kiez Beats earlier this year and suddenly found themselves in playlists from big dogs like Mr.Oizo! They made an nice groovy version of Nobody Move that easily could be from Siriusmo…watch out for their EP on Mähtrasher later that year, where they will showcase their destructive side par excellence!!!

Serial Chillers from Belgium did a rework of Unleaded and made it…TECHNO!!! This one will pop your speakers at peak-time!!! With huge stuff in the pipeline this guy (yeah, it’s only one guy haha) will turn heads this year and showcase his extremely good skills as a producer and DJ!

Super Super – Good on the dancefloor (TRAK016) on Traktor Records. Releasedate is the 9th of september digital on all usual platforms! Be prepared!
Finally it’s here, buy it on beatport!

Written By
Lorenz
More from Lorenz
Just discovered this new and young label based in Berlin called ANTIME....
Read More