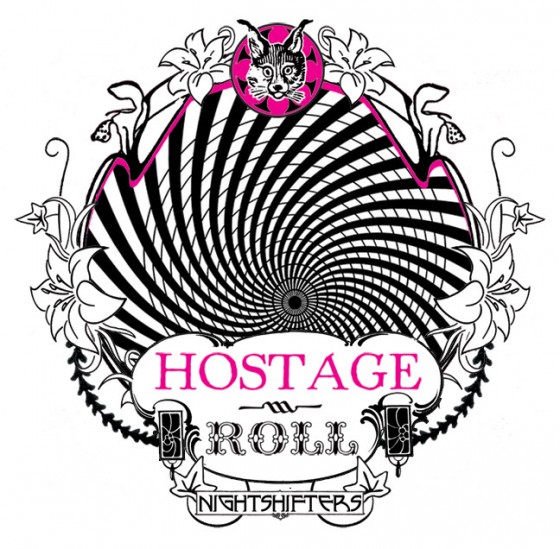 Everyone knows that Hostage is an unstoppable music-making beast of legendary proportions pumping out hit after hit, week in and week out. And he’s been a busy, busy boy since his Radio 1 Essential mix earlier in the summer, playing alongside Annie Mac at the Manchester Apollo, Rockness Festival and he set the Arcadia Afterburner stage at Glastonbury ablaze -literally! Not to be restrained in the slightest, he’s back with 2 killer new tunes on this, his first free Ep on Nightshifters.

With “Roll” we see Hostage shows us a slightly more subtle hand, well, that’s before the bass drops! With “The Ba$$” he’s back at his no-holds-barred-kicking-down-the-fucking-rave-door approach with one of the most ridiculous noise-bass drops you’ll hear this year. It’s massive!!

With tracks this good, we had to pull together some remixes to make a nice tidy package for you so we asked Samo Sound Boy to turn on his Bubblin machine to bring you a bouncy dancehall flavored remix of the lead track while Figure takes the bass for a wobbly thrill ride. Nightshifters honcho Dj Donna Summer smacks you with some garage-flavored orchestral-rave to round out the set. That’s not a genre you see too often, now is it?

Written By
Lorenz
More from Lorenz
GND Records is an institution of releasing proper techno releases. Like they...
Read More