Got new, free stuff and some infos about MMMatthias. His initial foray into music production caused quite an impact in his native country, where for several years he was dropping the dopest beats for any number of successful hip-hop acts, including international MC Samy Deluxe on Virgin. And then, in 2008, the beats got faster and the synths got harder. 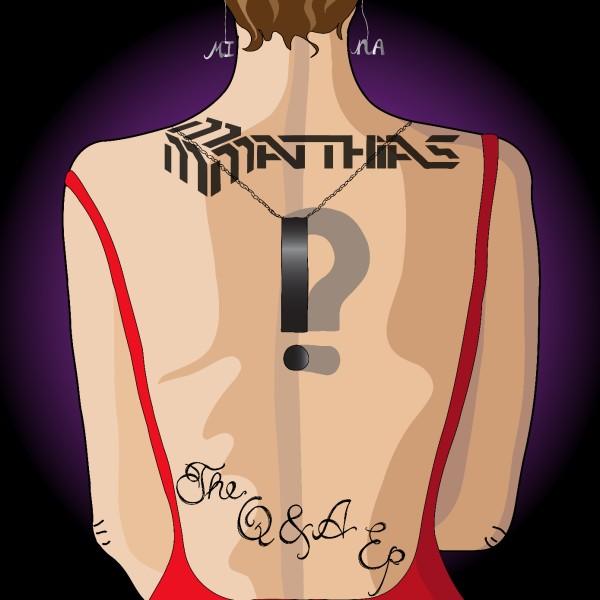 After switching up direction into something way more electro and dancefloor, the last 18 months has seen MMMatthias rise steadily through the nu-wave ranks with his tracks picking up plaudits like Kissy Sell Out & Azzido da Bass. Remixes of MGMT, Bloc Party & Digitalism have all received critical acclaim, you will regularly find his name sitting high up on the Hype Machine chart. He collaborated with Streetlife DJs on a remix of their Midrange 3 56 single and also has an ep forthcoming on Kiez Beats. He has djed throughout Europe.

And so to the EP, MMMatthias starts by asking you The Question, a question that is so beautifully put it evokes visions of a sunny spring sunrise and morning dew. A warm envelope of bottom end bass coupled with shiny top end synthesizer melodies, a tech house bomb which is simple, but stunningwhat a pleasant un-assuming chap MMMatthias must be.

Oh, we spoke too soon, here comes The Answer, and its something quite different. Its dark, its nasty, its noisy and its loud, beat heavy electro that gnarls its way through anything in sightmusic to mosh inside the devils pit. True colours?

So if we ask the question, do YOU have the answer?

Grab the EP on Beatport or iTunes!

Street Beats labelowners, the legendary Streetlife DJs, give away their Remix for “The Answer”, as well as Jo Kira’s take on “The Question” !!!

Written By
Lorenz
More from Lorenz
According to his bio PWNDTIAC cruises around with heavy basslines, crispy drumsets...
Read More