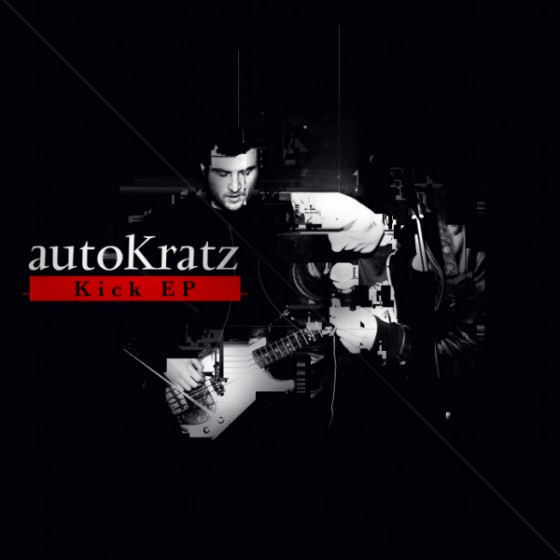 autoKratz will follow the success of 2009’s debut “Anima” with Kick, a brand new EP set for release on Thursday 28th April. Jagz Kooner got behind the controls on the A-Side and has helped the band to create a dark and pounding electronic anthem. The track guests the XTRMTR-era guitar eruption of Primal Scream’s Andrew Innes, coupled with the Kitsune-signed outfit’s typical arsenal of battering electronics.

The EP shows an exciting development of the autoKratz sound, indicative of why the band’s second album due later this year is so brimming with promise.

The B-Side sees the official release of the ruthless Skin Machine, a track which swept across the blogosphere like wildfire back in February. Furthermore, there’s a devastating remix from Japanese Popstars who deliver an enormous main-room take on things, once again fulfilling the hype bestowed upon them and comes after they recently scored Pete Tong’s “Essential New Tune”.

On release, all tracks will be offered for free from the band’s official website to thank the fans for their support, and will certainly give electronic music some serious food for thought as the band take to the road once more. Enjoy! =)

A. Kick
B. Skin Machine