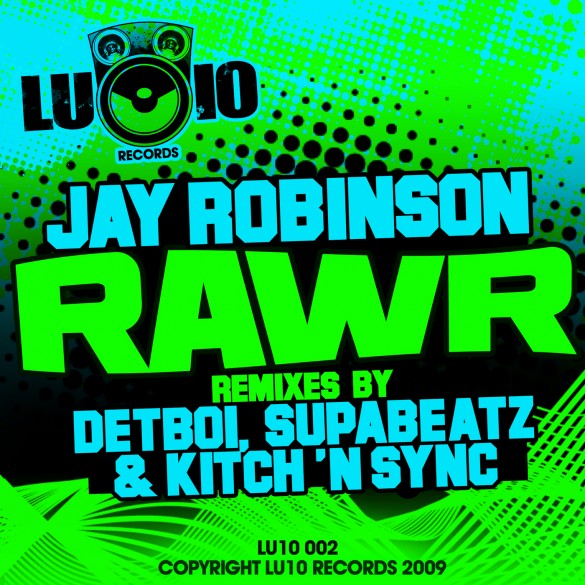 LU10 Records is back! After a storming debut with our Kitch ‘n Sync vs WoNK EP hitting the dubstep charts on countless download sites and our follow up, Jack To The Max, getting supported on Radio 1(!), we’re leaving our foot right on the gas and dropping some fresh sh*t from non-other than Cheap Thrill’s, Jay Robinson.

This time Jay comes with a festival style banger, which would sound as at home at a carnival in Rio as in a club anywhere else in the world! Led by a building, driving bassline and laced with a trumpet riff that’ll be stuck in your head for weeks! We’re very confident that this track will set your DJ box a light and prove a get-out-of-jail card for many a DJ!!!

As usual we’re not happy with just giving you the slammin’ original, we’ve had to enlist some of the biggest boys about at the moment to drop some sick remixes as well!! With Detboi leading the pack with his fidget interpretation of this monster. Cut up loops and bouncy bass with the addition of an ethnic feel really take this up a notch! Next up we have the SupaBeatz mix. Again taking it the more bouncy route, but this time with a housey feel. Supa adds a real ooompha piano and bassline! Last but not least we have LU10 Head Honcho’s, Kitch ‘n Sync, creating a mix that is somewhere nestled between tech house and electro that is certainly not to be missed!!

Buy it here on Beatport!